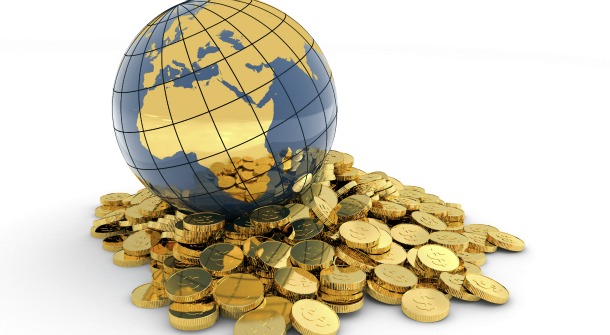 Over the last three decades, India has experienced a miraculous economic transformation. Less than 40 years ago, nearly half of all Indians lived below the poverty line, and globally, the state received the highest levels of development aid.

Today, India is considered an emerging superpower. It has the sixth-largest nominal GDP, a booming technology sector (IBM has more employees in India than in the United States), and a real GDP that has doubled in the last decade. Given India’s recent admission to the UN Security Council, its geopolitical importance has risen immensely, too.

While the causes of India’s monumental rise may perplex onlookers, India’s growth primarily occurred following a series of policies in 1991 that liberalized many aspects of the nation’s economy. The renowned Indian economist, Deepak Lal, noted that the changes in 1991 marked a point in history where India started ‘turning back’ on ‘inward-looking’ policies of protectionism and central planning.

While Africa and India are different in countless ways, given the introduction of a continent-wide free trade area and evermore economically liberal policies, some commentators wonder if Africa might soon experience the same substantial growth as the sub-continent. After all, the benefits of economic freedom transcend borders and lead to increased prosperity wherever it is tried.

To see what lessons Africa could learn from India’s reform, it’s worth looking at India’s economy before 1991. Back then, the state-owned large swathes of industry and crippling regulation stifled the private sector. For decades, debilitating policies such as a nationwide law that made it illegal for a business to produce more than their planned output worked to essentially prohibit efficiency.

An overreaching bureaucracy known as the ‘Licence Raj’ imposed absurd regulations which ensured starting a business was extremely tedious and complex. During the height of the Licence Raj in the 1970s, Indian Prime Minister Indira Gandhi quipped with pride that it only took 410 working days for a license to be issued – 10 days less than the initial goal of 420 days. Moreover, corruption and special interests ensured that entering the market was practically impossible. Monopolies were allowed to dominate significant industries.

When it came to international trade in India before 1991, another set of constraints was present. India and Africa were similar in the sense that after independence, many Indian politicians foolishly aimed for economic self-sufficiency. This protectionism was justified in two ways: first, through the socialist ideology promoted by the politicians who believed that state-directed development was the path to prosperity. Second, some policymakers mistakenly saw free trade as synonymous with colonialism; therefore, they believed a post-colonial economy should be based on protectionist, Marxist principles. A similar state of affairs could be seen in much of Africa. After all, the first President of Tanzania, Julius Nyerere, remarked that “in rejecting the capitalist attitude of mind which colonialism brought into Africa, we must also reject the capitalist methods that go with it.” This protectionist ideology has made trade expensive, reduced growth, and ultimately ignored Africa’s long history of free trade and open markets.

In short, following an economic and political crisis, the then Indian Finance Minister, Manmohan Singh, and his advisor, Rakesh Mohan, devised a ‘New Industrial Policy’. This momentous change ushered in an era of liberalization.

The Licence Raj was largely abolished, with licenses removed in all but 18 industries. Trade with other nations was incentivized, and government monopolies gave way to the privatization of state-owned enterprises. Finally, government supervision of large firms ended. With this liberalization came extraordinary growth.

Following India’s example could reap large dividends for Africa and fortunately, it looks like Africa might now be having its ‘1991’ moment.

To combat widespread economic protectionism, the newly implement African Continental Free Trade Area, which was put in place last year, aims to remove more than 97% of tariffs on goods traded between African states within 13 years. As a consequence of lower barriers to trade, the World Bank has estimated that the AfCFTA could lift more than 30 million people out of extreme poverty and increase wages by 9 to 10 percent, by 2035. Moreover, the World Bank notes that countries with the highest poverty rates will see the ‘biggest improvements.’

The reasons for these staggering estimates are simple; when people are free to trade among themselves, they innovate, increase their output, and provide for gaps in the market.

For Africa to experience Indian-style growth, it must pursue policies that improve economic freedom across the continent. Despite the obvious benefits of the AfCFTA, its future is sadly far from certain. During the COVID-19 pandemic, key nations to the free trade area’s success, such as Nigeria and South Africa, introduced the economically illiberal policies of export controls. These policies couldn’t be further opposed to the free trading policies needed for the AfCFTA to succeed.

Right now is a pivotal moment for Africa’s future development. If the AfCFTA is implemented well, Africa could easily be the next India – if not, significantly more prosperous. However, if governments fail to enact policies to make trade easier, the AfCFTA’s future is uncertain. Politicians and those with influence must promote the cause of free trade if this moment is to bring the transformational economic impact that, so many, are hoping for.