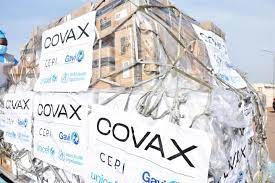 Shipments to the first three countries will go out within days, with a total of 49 African nations receiving doses of Johnson & Johnson, Moderna or Pfizer vaccines in the next few weeks, officials told AFP.

The surge in vaccine doses to the continent is being coordinated with multilateral bodies including the African Union and Covax — the distributor backed by the World Health Organization and the Gavi vaccine alliance.

It comes as the world faces an intensifying impact from the virulent Delta strain of the coronavirus, with new outbreaks appearing from Australia to the United States and Africa.

Overall, coronavirus-linked deaths in Africa increased by 43 percent in the space of week, driven by a lack of intensive-care beds and oxygen, the WHO said Thursday.

“In partnership with the African Union and Covax, the United States is proud to donate 25 million Covid-19 vaccines,” said Gayle Smith, US State Department coordinator for Covid-19 and global health.

“The Biden administration is committed to leading the global response to the pandemic.”

Strive Masiyiwa, special envoy for the African Union, said the vaccines would give another push to the AU’s goal of vaccinating 60 percent of the population on the continent, “especially at this moment when we are witnessing the third wave in a number of African countries.”

Benedict Oramah, president of Afreximbank, which is also helping coordinate the aid, called the US donations “a welcome, significant gesture.”

Together with other measures, there is “reason to be optimistic that the African Union’s goal of at least 60 percent vaccination coverage will be achieved,” he said.

The coronavirus pandemic has seen yawning gaps in vaccine distribution around the world, with poorer regions getting few doses while the United States and other wealthy nations have rolled out large-scale domestic inoculation programs.

That has subsequently led to so-called vaccine diplomacy in which geopolitical powerhouses and vaccine producers China and Russia were accused of using their jabs to promote their strategic footprints.

The United States denies it is competing against its rivals, but Biden has made a priority of maneuvering the United States to the center of international efforts to extinguish the global crisis.

He has pledged to allocate an initial 80 million doses for international distribution.

In addition, the Biden administration has committed to donating $2 billion to Covax.

It is also purchasing 500 million Pfizer-BioNTech vaccines for the African Union and 92 poorer countries. At the recent G7 summit in Britain, US partners agreed to donate another 500 million doses.

In total, the United States has so far delivered about 40 million doses to countries as far apart as South Korea and Honduras, the White House says.