BBNaija star Ka3na has described her husband as the ‘best man’ for her. 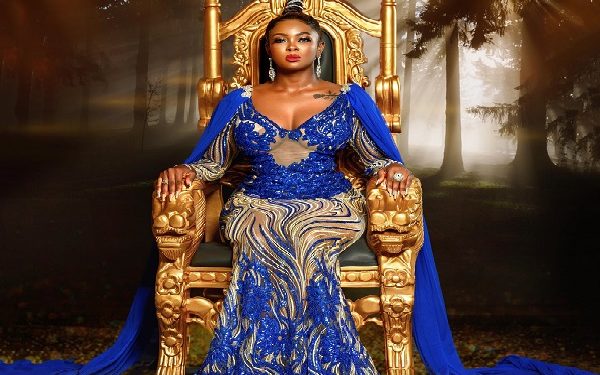 The reality TV star, who will be 27 tomorrow, took time out to publicly profess love and eulogise her husband, Mr Jones.

She posted: “I LOVE MY HUSBAND LITERALLY THE BEST MAN FOR ME… I WILL CHOOSE HIM OVER AND OVER AGAIN.”

Reacting to her post, social media users have practically referred to her as confused and a rolling stone.

They noted she is one that claims to be married one day, separated the next day or even divorced.

They have also added she is sounding all sweet today because of the gifts she hopes or has probably received from her husband.

salaticEmpy2 said: “Today – I am separted. Tomorrow – I am married. Omo, ur life sef no balance.”

Xandriamatt wrote: “Lmao first thought you were divorced? Anyways bet an alert wey shake you enter na so e Dey do for body.”

wi_Beigh stated: “Confuse us Boss Lady..until we learn to mind our own business.”

rizzypriss said: “I swear, ex-husband and husband always fighting to be in her statements.”

ramz_may wrote: “The boss lady KA3NA . You can never know if she’s married, divorced, separated or engaged. I love the way she always puts us in confusion.”

Jasonpetrus_ stated: “Single during the day and married at night.”

alfred_ekah asked: “Lol.. what is marriage really in this 21st century abeg..so a married woman lietrally had sex on national TV? For 5secs?

gold_nky said: “U dat said u have been separated from him, no truth in ur mouth.”

ARAMIDE_analyze stated: “Ok the love just got renewed I guess.”

nanaquame_ba4 said: “Nobody confuse pass this one.”

Horacejaja23 wrote: “Naim you go do 5secs with praise.”