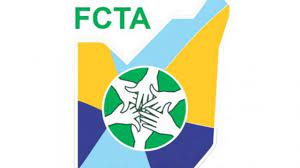 The Federal Capital Territory Administration (FCTA) has begun community sensitization on cholera and other severe acute diarrhea diseases outbreaks in the territory. During the flag off ceremony held at the palace of Agora of Zuba, the minister of state for FCT Dr Ramatu Tijjani Aliyu expressed concerns over the increasing number of suspected cases, revealing that since May 2021, the Federal Capital Territory has recorded a total of 604 suspected cases of cholera in the six area councils with 54 deaths recorded and 9 cases positive for cholera on rapid diagnostic test.

The minister further revealed that over 120 communities are involved across the six area councils with the Abuja Municipal Area Council (AMAC) having the highest cases followed by Gwagalada and Bwari area councils respectively.

She, however, advocated for good personal hygiene as well as proper disposal of sewage and refuse, good hand washing practices and consumption of safe water as means of curbing further spread of the disease in the territory.

“In addition, community engagements for positive behavioral changes and improved sanitation and quick access to treatment are essential. Protect your water source from contamination, boil your water before drinking with a clean cup, cooperate with health officials who will come to teach you home treatment of water for domestic use and drinking,”

The minister also revealed that as a matter of urgency, the Administration has taken several measures to stop further spread of the disease as well as provide adequate care to those affected.

The measures according to her include formation of Cholera Emergency Operation Centre, appointment of Incidence Manager and other relevant medical personnel along with stakeholders from the FCT Water Board and RUWASA, prepositioning of drugs and consumables for the free treatment of all identified cases in both secondary and primary healthcare facilities of the FCT amongst others.

In his remarks, the FCTA Permanent Secretary, Mr. Olusade Adesola, who was represented by the Ag. Secretary, FCT Health and Human Services Secretariat, Dr. Mohamed Kawu, stated that the Secretariat was working with development partners and in collaboration with the six area councils to curb the spread.

He, however, commended the FCT Minister of State for her leadership role and how to move board room resolutions to the field, stressing that her roles in successful community sensitization and mobilization in Maternal, Newborn and Child Health Care, Universal Health Coverage activities, Wild Polio Virus Eradication and the ongoing COVID-19 preparedness and response in the FCT are appreciated by residents.