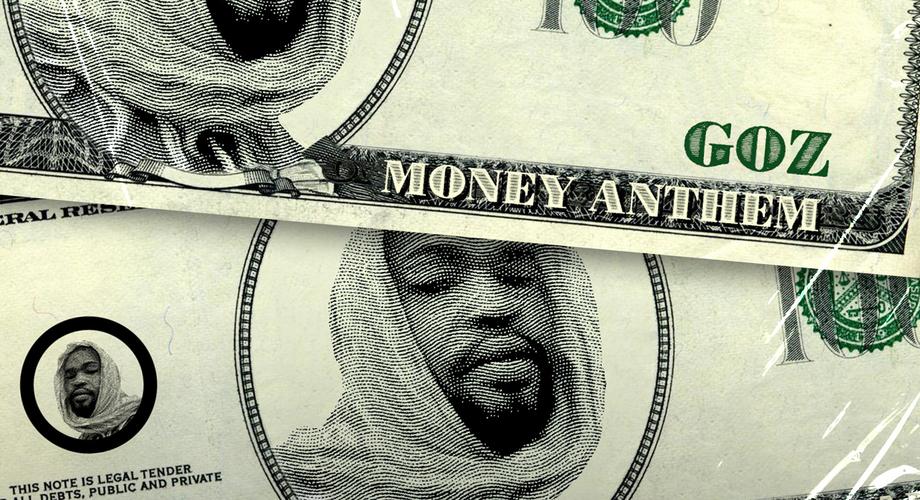 Chigozie Basil, professionally known as GOZ is set to make his debut in the fast-growing Nigerian music scene in style with his first official single, titled “Money Anthem”. For this song, GOZ teams up with hit record producer, Yung Willis who delivers this high tempo, reverberating beat which Goz laces with his artistic finesse. Goz’s bounce on the beat is characteristic of Afro-Trap (which is a subgenre of HipHop and American Trap) but with an Afrobeats touch that brings it home.

He calls his sound Afro-drill and is confident that it’ll soon go mainstream.

In Money Anthem, GOZ alludes to the state of the Nation in a scintillating style as he depicts Nigerian politicians sharing money & the Nation’s wealth while they ignore the people. On the chorus, he can be heard singing “Share Money, Share Funds” as he jokingly urges the government to share the funds and let it go round, so more citizens can ball or indulge in the excesses that life has to offer.

The song is out today, July 9th on all platforms and is only the first installment of what GOZ has in store. He is already working on an EP titled LOG “Life of Goz” where he plans to unleash his unique sound as he looks to make a breakthrough in the fast-growing Nigerian Music Industry. He is signed to Pixy Entertainment and is the first artist on the Label’s roster.