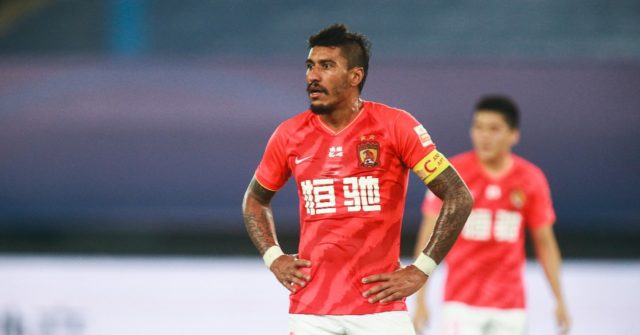 The former Barcelona midfielder, who has been described as the best foreign player in Chinese Super League history, leaves the Fabio Cannavaro-coached club having made 176 appearances and scored 74 goals across two successful stints at Guangzhou.

He missed the season’s kick-off in April unable to return because of China’s strict coronavirus entry requirements and has remained stuck in Brazil.

“After friendly negotiations, our club and Paulinho officially terminated the contract today in accordance with the deal,” a Guangzhou FC statement said late Sunday.

Paulinho, 32, joined Guangzhou from Tottenham Hotspur in 2015 and his displays in the Chinese Super League earned him a 40-million-euro move to Barcelona two years later.

He spent one season with the Spanish giants before moving back to Guangzhou. He won the Asian Champions League, three league titles, and an FA Cup with the club.

More than silverware, the player dubbed “Violent Bird” in China because of his all-action style earned widespread praise for appearing to settle so well in the country, including singing the national anthem before matches.

Chinese media were fulsome in their praise of Paulinho on Monday, with Soccer News saying that he was “a model” foreign player and online platform Tencent calling him “the best foreign player in history”.

He is the latest in a string of big names to leave China as the country’s football tightens its belt.