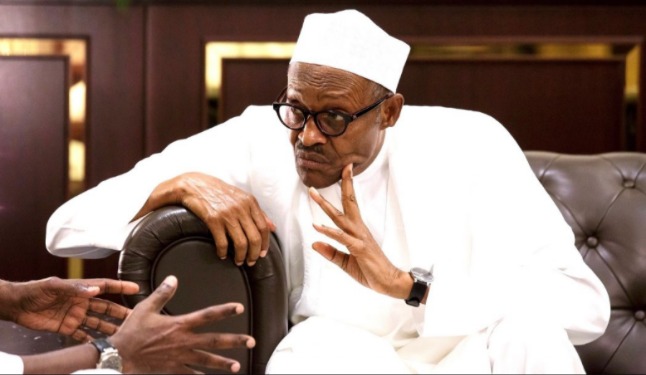 Nigeria’s President Muhammadu Buhari has been charged to be the kind of father that will unite the entire country and save it from further disintegration, in the spirit of the Father’s Day celebration.

Edo State Deputy Governor, Mr. Philip Shaibu, gave the charge on Sunday, while serving as the Chief-Man-Servant at the St. Paul Catholic Church, in Benin, the state capital, to mark this year’s Father’s Day celebration.

He noted that when the President and all State Governors act as fathers in their respective states, by making the right policies, speaking the right words, it would engender peace, unity and growth and the nation at large would benefit from it.

“This is a remainder of when I was younger as an alter server. Father’s Day reminds us that as fathers we should play our role in the society, not only at home.

“We are the head of the family and our utterances at home will shapen our family; our utterances will determine whether our children will be positive or negative.

“If our utterances are negative, then just know that we are building a generation of young ones that their utterances will be negative.

“So, the starting point is our home. And as a nation, the President is the father of the nation; the Governors are in charge of the states.

“The President should act as a father to the country while the state Governors act as fathers to their respective states, and when that is done, prosperity will abound,” he said.

The Edo Deputy Governor also charged Chief Executive Officers of banks, industries to act fathers in their various establishments, adding: “When we do all this and stop playing negative at home and at workplaces, then Nigeria will be a better place.”

Perhaps making tacit reference to President Buhari, Shaibu noted that things would go wrong when heads of institutions failed to speak up at the right time.

“We should amplify those things that unite us, let’s make positive statements at home.

“As a father of a company or an organization, if you refuse to make statements when you need to do it, then just know that you are running the company to bankruptcy or to level of economic instability.

“As fathers at home, we should play our role just like St. Joseph did to Mary and Jesus. If we can act like St. Joseph in our homes and industries, then insecurity, banditry and many others will be a thing of history.

“So, today should remind us of our role as fathers at home and various establishments where we find ourselves as the head,” Shaibu said.

Earlier in his homily titled “Unheard Joseph, the role model”, Rev. Fr. Edwin Omoregbe, noted that men suffer from stroke and other stress-related ailments than the women, due to worries of how to meet up with their family demands.

Omorogbe who urged men to make out time to rest so that they can live longer on earth, cautioned them to avoid what he called side chics and mistresses, noting that though it’s pleasurable, it is recipe for disaster.