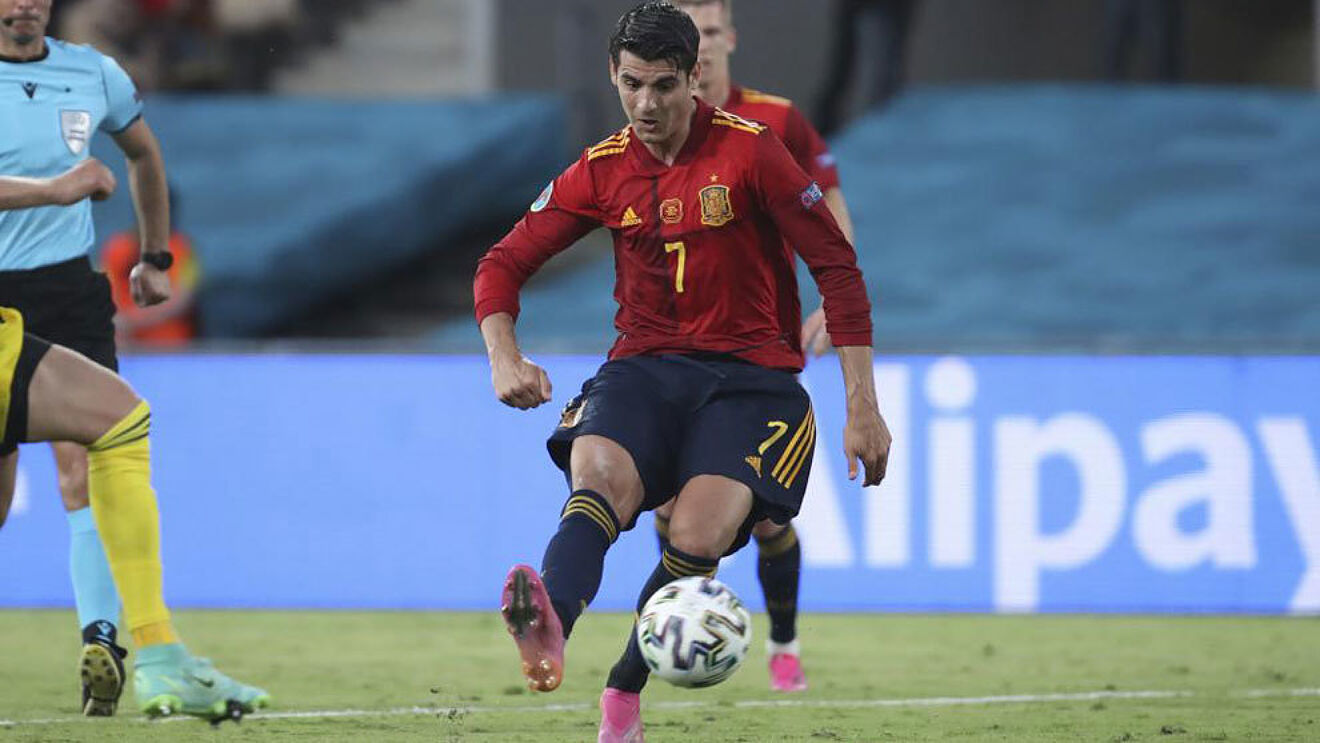 Luis Enrique is struggling to find the formula for Spain in what looked like a simple group Nine years after winning their third major tournament in a row, Spain is struggling to qualify for the knockout stage of Euro 2020 after only drawing their first two group matches.

Coach Luis Enrique said if Saturday’s 1-1 draw with Poland had been a boxing match, his team would have won on points but his team looked like they were on the ropes and lacking a knockout punch.

After starting with a stalemate against Sweden last week, Spain now sit third in Group E and need to beat Slovakia on Wednesday to guarantee qualification for the last 16.

Placed in a group that appeared one of the kindest in the draw and cosseted by a format that allows all but the very weakest to go through, failing to reach the next round would be nothing less than a humiliation for Spain.
“I was expecting more,” said Luis Enrique. “I was expecting six points and zero goals conceded but this is the situation.”

Luis Enrique complained last week about the state of the pitch at La Cartuja in Seville where Spain are playing their three group games, a gripe that was repeated by Manchester City midfielder Rodri on Saturday.

Jordi Alba, La Roja’s stand-in captain in the absence of Sergio Busquets, said they also “lacked a bit of luck” as Gerard Moreno’s penalty struck the post while Alvaro Morata failed to convince despite his opening goal.

One explanation favoured by the Madrid press is that the squad has talent but not leaders, the kind of survival instinct a 35-year-old Sergio Ramos might have provided.

READ ALSO:  Manchester City begin their defence of the Premier League away to Tottenham

“Carles Puyol, Sergio Busquets, Sergio Ramos — they give you fear, it will be a battlefield,” former Germany striker and coach Jurgen Klinsmann told the BBC.

“This Spain team is full of technical talent, they know how to read the space and when to play, but there is no fear of them anymore.”

Busquets was in the stands against Poland after receiving a negative Covid-19 test and he should return against Slovakia, but Spain’s problems appear to run deeper.

They have now managed just one win in their last eight games at major tournaments, a run stretching across five years, and have scored more than one goal in only two of those matches.

Since thrashing Italy at Euro 2012 to complete their historic hat-trick, Spain have recorded five victories in 13 tournament games, one of those a dead rubber against Australia at the 2014 World Cup when they had already crashed out in the group.

Luis Enrique was appointed in 2018 to sharpen the focus and oversee a shift in approach, to tweak Spain’s possession style and bring them in line with the game’s more modern, physical style.
Yet there has been little evidence of it at Euro 2020, where his team have racked up almost 2,000 passes in two games for the return of a single goal.

Robert Lewandowski showed what can be done even with a scarcity of opportunities, his brilliant back-post header in the second half on Saturday a clear demonstration of the cold, clinical finishing that Spain desperately lack.

He gives Poland hope, given they will go through as runners-up if they beat Sweden and Spain’s final match against Slovakia produces a winner.

Spain, meanwhile, must beat Slovakia to make sure they qualify. A draw would leave them open to missing out on the four best third-placed teams and even the possibility of finishing last if Poland claim victory.

“We are used to this kind of pressure,” said Alba. “I am sure the victory will come.”