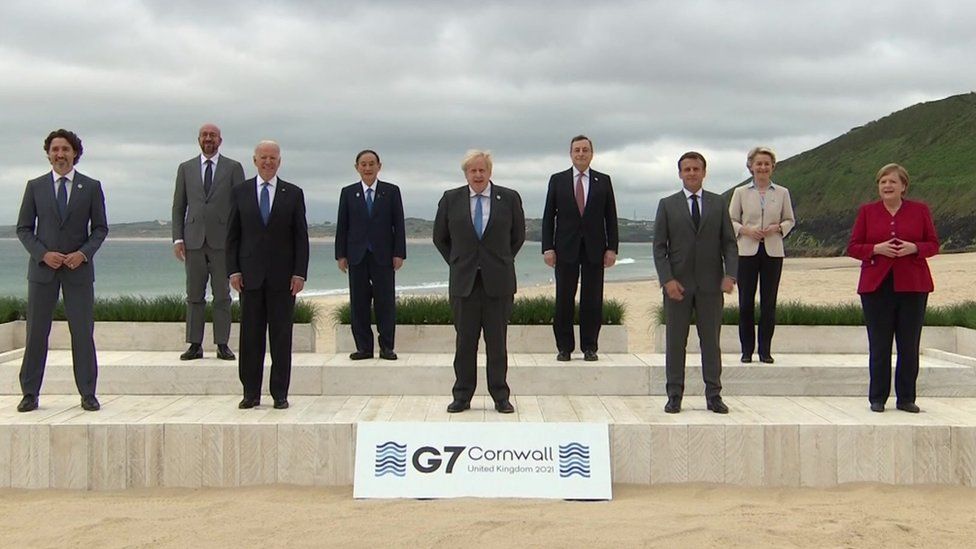 The Group of Seven’s adoption of a controversial agenda against China has escalated tensions, drawing a stern rebuke from Beijing about outdated assumptions that small groups of countries could still rule and make decisions for the rest of the world.

Leaders of the so-called Group of Seven (G7) largest economies have adopted an openly hostile anti-China stance, including a US-proposed rival plan to counter China’s multi-trillion-dollar Belt and Road initiative (BRI) by investing in infrastructure in developing countries.

The adoption of the Build Back Better World (B3W) project came after US President Joe Biden and other G7 leaders held their meeting in southwestern England on Saturday as part of attempts to confront China’s surging economic and military rise over the past four decades.

“This is not just about confronting or taking on China,” a senior official in the Biden administration said. “But until now we haven’t offered a positive alternative that reflects our values, our standards, and our way of doing business.”

The White House said the B3W was meant to address “strategic competition with China and commit to concrete actions to help meet the tremendous infrastructure need in low- and middle-income countries.”

The White House added that the G7 initiative would be similarly global in scope, estimating that more than $40 trillion was needed for building infrastructure in developing nations in a “values-driven, high-standard and transparent” partnership.

“B3W will collectively catalyze hundreds of billions of dollars of infrastructure investment for low- and middle-income countries in the coming years,” it said.

Leaders of G7, which is comprised of the UK, Canada, France, Germany, Italy, Japan, and the United States, expressed hope that the plan would provide a transparent infrastructure partnership to help narrow the $40 trillion required for developing countries by 2035.

The White House underlined that the B3W initiative would also be used to mobilize private-sector capital in areas such as climate, health, and health security, digital technology, and gender equity and equality.

It was not immediately clear how exactly the plan would work or how much capital would ultimately be allocated for it.

Chinese President Xi Jinping launched the BRI scheme in 2013, which involves development and investment initiatives that would stretch from Asia to Europe and beyond.

More than 100 countries have signed agreements with China to cooperate in BRI projects like railways, ports, highways, and other infrastructure.

Xi’s critics and opponents of the BRI claim that creating a modern version of the ancient Silk Road trade route to link China with the rest of Asia, Europe, and beyond is a vehicle for the “expansion of Communist China.”

Beijing has responded by saying such doubts betray the “imperial hangover” of many Western powers that humiliated China for centuries.
G7 reaches consensus on China’s alleged rights abuses

US officials said on Saturday that the G7 leaders had reached a consensus on the need for a shared approach to China’s alleged human rights abuses in the Xinjiang region and Beijing’s exports at unfairly low prices.

“I would say there was unanimity in terms of a willingness to call out human rights abuses and violations of fundamental freedoms that invoke our shared values,” said an official who requested anonymity. “There was a commitment to take action in response to what we’re seeing.”

The official added that under the legal structure of the World Trade Organization, the designation of China as a “non-market economy” allows its trading partners to use a special framework to determine whether China’s exports are being sold at unfairly low prices and if that is found to be the case, to apply additional anti-dumping duties.
Moreover, Canadian Prime Minister Justin Trudeau called on G7 leaders to come up with a unified approach to the challenges posed by China.

Trudeau’s message today was that we really need to work to build a consensus on a unified approach to the challenges that China presents all of us,” Reuters quoted an unnamed source as saying. “We have to show solidarity as a group and show acts as a group as well.”

The US and China are at odds over a range of issues, including alleged human rights abuses in Xinjiang, Beijing’s policies with regard to Hong Kong, Chinese Taipei (Taiwan), and the disputed territories in the South China Sea, as well as the origins of the COVID-19 pandemic.

Ties between Washington and Beijing under former US President Donald Trump turned fractious, with clashes on issues relating to trade, technology, and regional security.

Biden has shown little sign of establishing a swift rapprochement with Beijing, describing China as Washington’s “most serious competitor,” and saying the US would continue to confront what he called China’s “attack on human rights, intellectual property, and global governance.”

China hit back on Sunday at G7 leaders for their anti-Beijing positions, saying the days when “small” groups of countries decided the fate of the world was long gone.

“The days when global decisions were dictated by a small group of countries are long gone,” a spokesman for the Chinese embassy in London said.

“We always believe that countries, big or small, strong or weak, poor or rich, are equals, and that world affairs should be handled through consultation by all countries.”