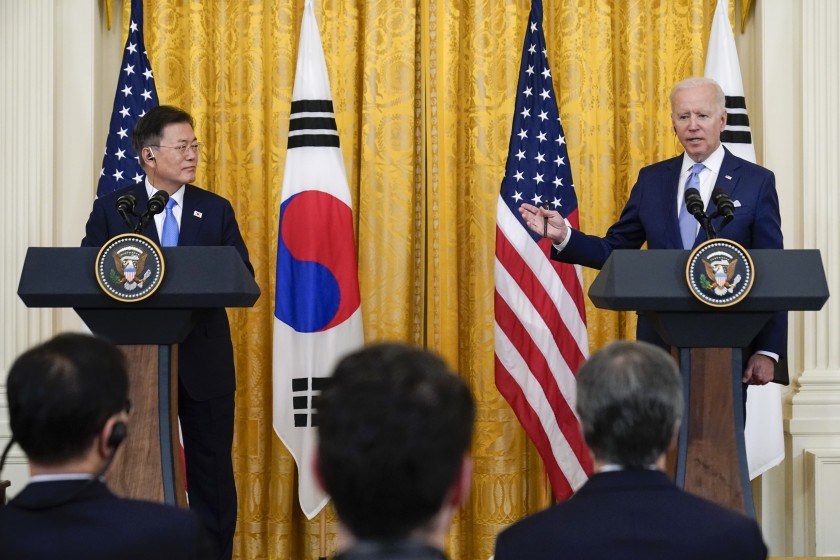 South Korea can now build ballistic missiles capable of striking Beijing, Moscow, or anywhere else thanks to the US’ lifting of its 40-year restriction on the Asian country’s missile program, the Wall Street Journal reports.

For decades, the US kept tight limits on how far and how potent South Korea’s ballistic missiles could be, reflecting fears that Seoul may unilaterally raise tensions with nearby China, North Korea, and Russia.

However, the Biden administration last month “abolished what had been a roughly 500-mile (800-kilometre) cap on South Korea’s ballistic-missile range.”

Citing what American officials regard as the expansion of North Korea’s nuclear arsenal and China’s growing military might, the Journal said the US can now “see a close ally develop technology that strengthens its own regional military deterrence… without provoking others by moving in its own weapons.”

“Having better-armed allies will help Washington, especially in light of worsening disputes with Beijing over Taiwan and the South China Sea, and ups the ante for China to participate in North Korean diplomacy,” the paper said.

“South Korea can already directly counter the North Korean missile threat,” Oh Miyeon, a director at the Washington-based Atlantic Council think tank, said. “The lifting of the missile guidelines, therefore, has regional security implications, which goes beyond the Korean Peninsula.”

The measure was reportedly taken as part of the Biden administration’s strategy to expand American military presence and influence in the Indo-Pacific region amid its impending troop withdrawal from Afghanistan and further strengthen ties with key regional partners.

North Korea recently expressed concerns that the removal of US-imposed missile restrictions on rival South Korea marks clear evidence of the persisting American hostility toward Pyongyang, with the objective of inciting further arms race and tensions in the region.

According to an article published by North Korea’s official KCNA news agency, the scrapping is an “apparently deliberate and hostile act,” which “clearly shows who is behind the escalation of tension” in the region.
“The target of the DPRK is not the ROK army but the US,” the article said, adding that Washington only uses Seoul to achieve its hegemonic objectives.

During a meeting in Washington in late May, South Korean President Moon Jae-in and US President Joe Biden agreed to end the flight range limitations that had been in place since 1979, when Seoul was granted US technologies and components to build its own missiles.