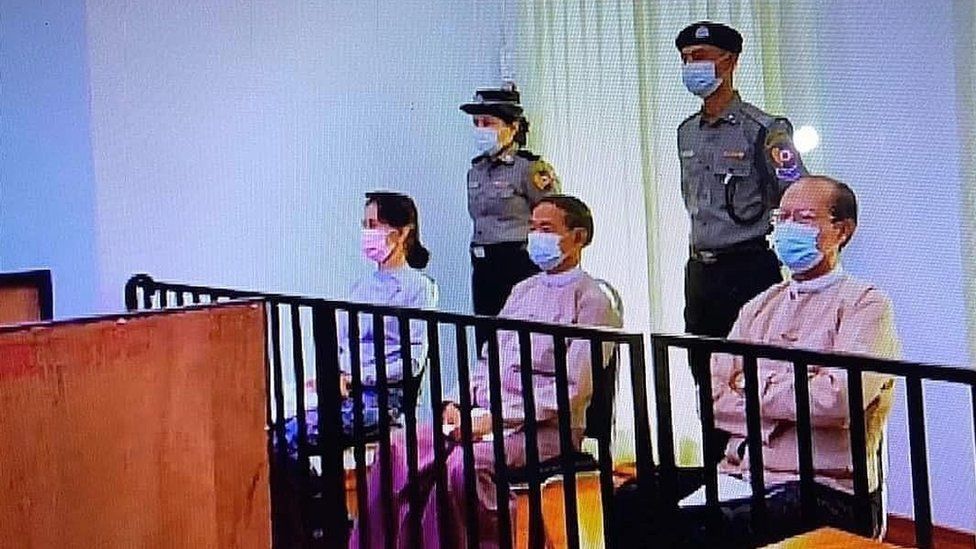 Myanmar’s junta has filed a new corruption charge against ousted leader Aung San Suu Kyi, the latest in a series of allegations to have been leveled against her by the military rulers since she was toppled in a coup in February.

Suu Kyi, who now faces seven charges, was accused of accepting illegal payments of 600,000 dollars in cash as well as a large quantity of gold and misusing her authority in renting land and a building while she was in office, the state-run Global New Light of Myanmar newspaper reported on Thursday (June 10).

The anti-corruption commission said it had found evidence that she committed “corruption using her rank,” according to the paper. “So she was charged under Anti-Corruption Law section 55.” That law provides for up to 15 years in prison for those found guilty.

This was not the first time corruption allegations were being filed against Suu Kyi. She also faces charges of possessing unlicensed walkie-talkies, violating coronavirus restrictions, breaching telecommunications laws, and intending to cause public unrest.
Myanmar has been gripped by turmoil since the military ousted Suu Kyi in a coup and detained her and several other senior figures from the ruling National League for Democracy (NLD) Party on February 1.

The junta, which has declared a one-year emergency across Myanmar, claims that it seized power after it found fraud in elections held three months earlier that the NLD had won in a landslide.

Since then, Myanmar’s military has been struggling to impose order. Hundreds of thousands of people have held numerous protests against the coup leaders in the Southeast Asian country, demanding the release of Suu Kyi and the other detainees.

Almost 850 people have been killed and thousands of others arrested by military forces, according to the Assistance Association for Political Prisoners (AAPP) advocacy group.