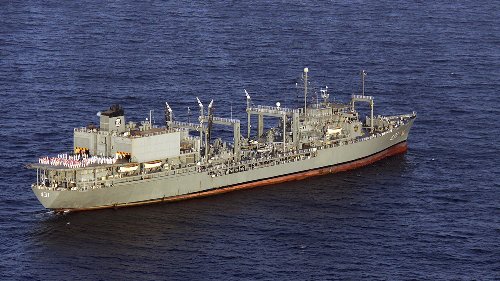 The United States has reportedly threatened Venezuela and Cuba against letting in two Iranian ships that are claimed to be headed to South American shores with a weapons cargo.

The vessels are said to have already traveled a significant distance across the Atlantic Ocean, completing more than half the journey from Iran to Venezuela, marking the first time the Iranian navy has rounded Cape Town, South Africa, to get far into the Atlantic.

During his tenure, Trump withdrew US recognition of Nicolas Maduro as Venezuelan president and pulled Washington out of the 2015 Iran nuclear deal. Under Trump, Washington tightened its economic sanctions on both the Iranian and Venezuelan nations.

“But to be clear, Iran sold weapons to Venezuela over a year ago, which we believe was to test the Trump administration’s maximum pressure posture,” he said.

Meanwhile, hawkish US Senator Marco Rubio claimed in a tweet on Thursday that Venezuela had bought military equipment from Iran and then invited the Iranians into the Western Hemisphere.

“So don’t be surprised if in less than 3 weeks, we have Iran’s largest military vessel & their most modern warship (a guided missile corvette) patrolling the Gulf of Mexico,” Rubio claimed.
‘US meddling in Iran’s legal trade unacceptable’

The Iranian administration on Tuesday reacted to the reports in US media about Iran shipping weapons to South America, denouncing the monitoring as interference in Iran’s legal trade with other countries.

Tehran, however, did not comment on the cargo of the ships.

“Regardless of the cargo of the ships, there is no ban on Iran’s sale of weapons under Resolution, as confirmed by Resolution 2231,” adopted in 2015 by the UN Security Council to endorse the Iran deal that the US abandoned less than two years later, said Ali Rabiei, the administration’s spokesman. “America has long tried to get the resolution violated [by others], but to no avail.”

“Iran reserves the right to enjoy normal trade ties in the framework of international law and regulations, and considers any interference and monitoring of these relations as illegal and insulting, and strongly condemns it,” Rabiei told reporters at a weekly news conference.

Despite the fact the US is no longer a party to the Iran nuclear deal, the country under Trump said last August that it had triggered a mechanism of the agreement at the United Nations Security Council to re-impose UN sanctions on Iran and maintain a 13-year-old arms embargo on the country, which was about the expire then.

But 13 of the 15 Security Council members said Washington’s move was void as Washington had abandoned the pact. The UN arms embargo also went on to expire on October 18, 2020, despite intense US lobbying to extend the ban.