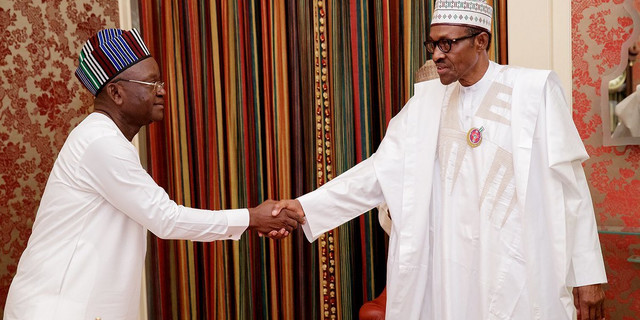 The president has asked governors to be proactive and does their jobs. President Muhammadu Buhari has disclosed that Governor Samuel Ortom of Benue State once told him that he has been soft on killer herders of Fulani extraction because he is also a cattle herder of Fulani extraction.

Nigeria is battling a recurring farmers-herders crisis that often sees pastoralists and crop farmers baying for each other’s blood.

Governor Ortom of Benue has been one of the most vocal in asking the president to go hard on the herders and to do his job as Commander-in-Chief.

Ortom’s Benue has been the scene of constant clashes and killings allegedly perpetrated by cattle herders, and the governor once said he had to run several kilometers to avoid being lynched by herders.

“The governor of Benue said I cannot discipline the cattle rearers because I am one of them. I cannot refuse to say that I am one of them, but he is being unfair to me,” President Buhari said with a chuckle during his AriseTV interview.

The president also said he has instructed that old grazing routes be reopened and taxes be paid by genuine herders in order to solve the farmers-herders crisis.