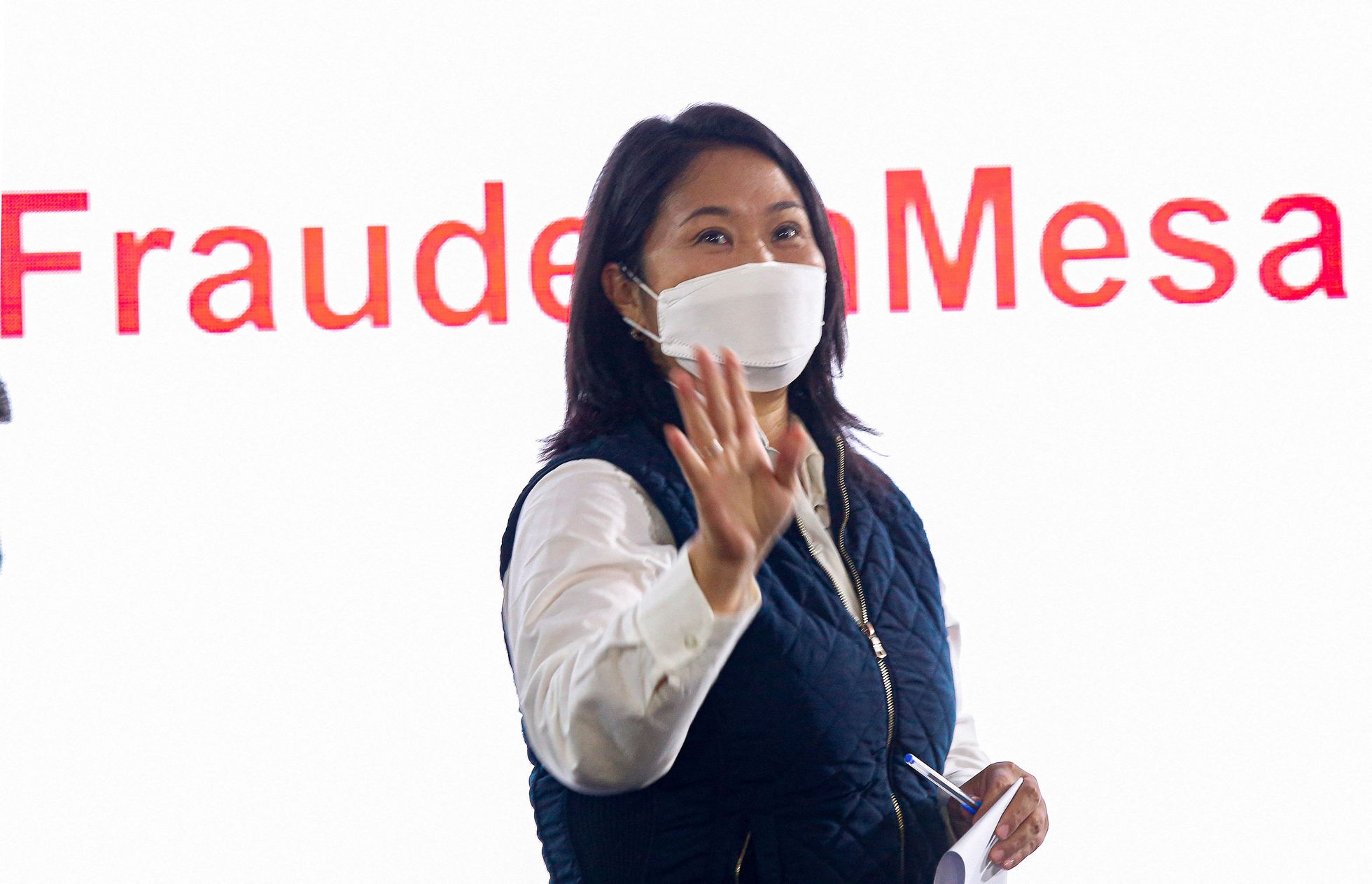 Peruvian right-wing presidential candidate Keiko Fujimori has insisted that the election was riddled with fraud and irregularities that favored her leftist rival Pedro Castillo, as she led a protest rally in the capital Lima.

Exit polls show that Castillo, an elementary school teacher and a member of the Free Peru party, is close to being named the next president of the Latin American country.

“If the (electoral) jury analyses this, the election will be flipped, dear friends,” Fujimori told her supporters at the rally on Saturday. “I’m the sort of person who never gives up.”

This week, Fujimori has increasingly doubled down on unsubstantiated allegations of fraud, claiming Castillo stole the votes in rural areas.

International observers, however, said there were no indications of vote-rigging or fraud in the election, so far.
Fujimori, the daughter of ex-President Alberto Fujimori who is in prison himself for human rights abuses and corruption charges, faces imminent trial on corruption charges if she loses to Castillo