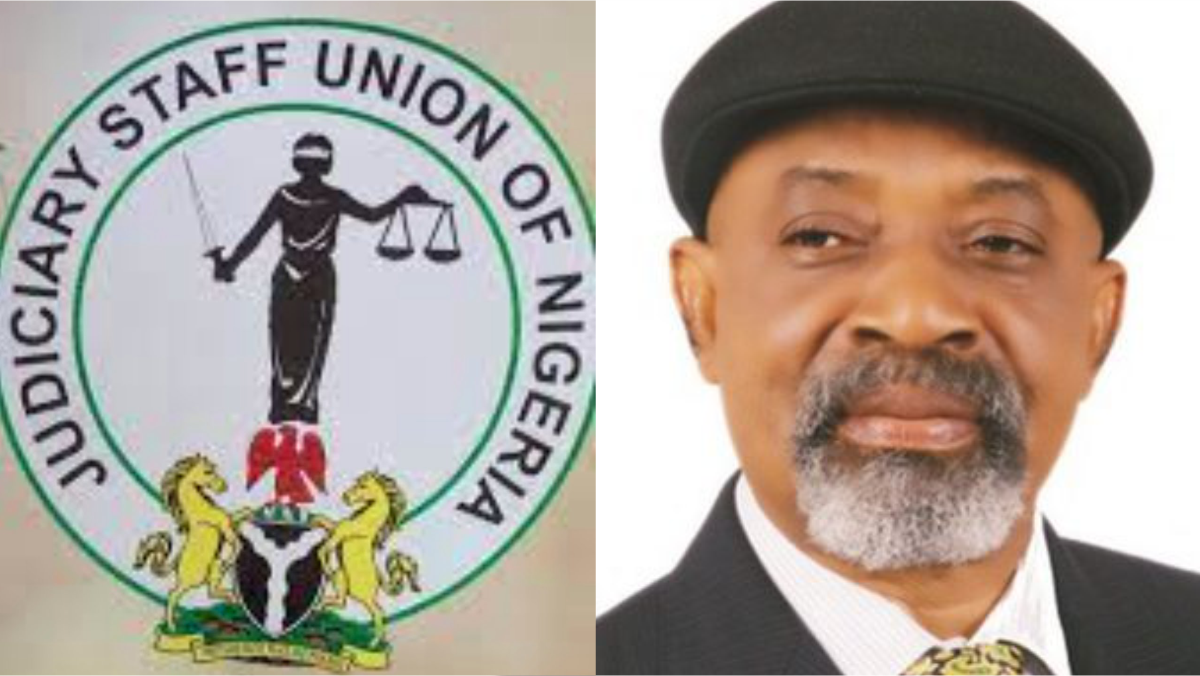 The Judicial Staff Union of Nigeria (JUSUN) has urged its members to endure a little longer, hardships caused by its ongoing strike in a bid to ensure financial autonomy for the judiciary.

The JUSUN National Secretary, Mr Isaiah Adetola, made the appeal while explaining ongoing negotiations by the union and the Federal Government.

He spoke with the News Agency of Nigeria (NAN) on telephone.

The negotiations are in a bid to reach an agreement on terms for implementation of the autonomy, and consequently end the strike.

NAN reports that JUSUN embarked on a nationwide strike on April 6 to demand full implementation of financial autonomy for the judicial arm of government.

JUSUN and the Parliamentary Staff Association of Nigeria (PASAN) had in a meeting with the Minister of Labour and Employment, Dr Chris Ngige on Friday began moves to finalise a Memorandum of Action reached on May 20.

Ngige disclosed that the 36 state governors led by the Chairman of the Governors Forum, Gov. Kayode Fayemi of Ekiti and his Deputy, Gov. Aminu Tambuwal of Sokoto, had stamped the document on behalf of their colleagues on May 20, when they reached the agreement.

According to the minister, with what has been achieved at the meeting, it is expected that courts and state assemblies will re-open next week, since all the grey areas have been addressed.

Reacting on this, Adetola said that although there were moves to finalise the agreement, discussions were still ongoing and should be completed.

“State governors were not with us; so, they had to take the papers to them to endorse. By Monday or Tuesday, I think that putting signatures might go through.

“PASAN and JUSUN are asked to go and discuss with their members on the terms of the agreement because we cannot call off the strike like that.

“On the other hand, the governor’s will do theirs; so, the terms of settlement are long.

“There is also going to be state legislation which will define the resources of the state and what is expected of parties; the executive will take its as well as the legislature and judiciary,” he added.

On the hardships occasioned by the two-month-old strike on its members and lawyers, Adetola said that the struggle was for the benefit of Nigeria as a whole.

He urged that all affected persons and groups should endure the hardship to be able to gain benefits.

“The unions are not benefiting financially; even some of the workers concerned are not taking their salaries.

“We all have to bear it a little more, it is for the good of the country and all of us.

“By the grace of God we expect that everything will be resolved fast,” he said.