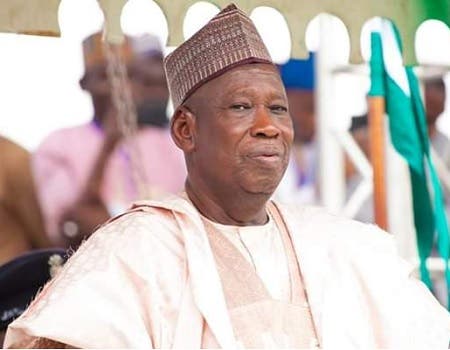 Gov. Abdullahi Ganduje of Kano state has pledged assistance and an enabling environment for the successful roll-out of Digital Switch Over (DSO) in the state.

The governor made the pledge when the Minister of Information and Culture, Alhaji Lai Mohammed, paid him a courtesy visit at the state’s liaison office, in Abuja, late on Friday night.

The News Agency of Nigeria (NAN) reports that the visit was to brief the governor ahead of the planned roll-out of the DSO, from analogue to digital broadcasting, in Kano state.

Ganduje noted that being the most populous state in the federation and the commercial nerve centre of the Northern part of the country and some West African countries, the DSO would be of benefit to the state.

Kano, being the base of “Kannywood’’ with a variety of advertising companies, large numbers of public and private broadcast stations, the DSO would be a huge success there, he added.

“The advantages of DSO are numerous and I am sure that when it takes off, the people will embrace it.

“Regarding the issue of set-top boxes procurement for the masses, we will like to assure you that we will be of assistance.

“We will also sit down with the players in the DSO project, particularly the public and private broadcasting stations in the state, to see how we can be of assistance to them.

“Kano is known for change and we will be a big promoter of DSO and in the forefront of the implementation of this change,’’ Ganduje said.

Earlier, the minister disclosed that the DSO was a global project with numerous advantages, including more and clearer television channels with easy access by people on the lower rungs of the societal ladder.

He said that the DSO would create not less than one million jobs in three years, boost the advertising industry, while the federal government would rake in over $2 billion dollars from the sale of spectrum to be vacated by TV stations.

The minister identified Kano as key to the DSO project because of its population and being home to Kannywood.

He, therefore, requested the support and cooperation of the governor, ahead of the DSO roll-out in the state, particularly in providing set-top boxes for the underprivileged.