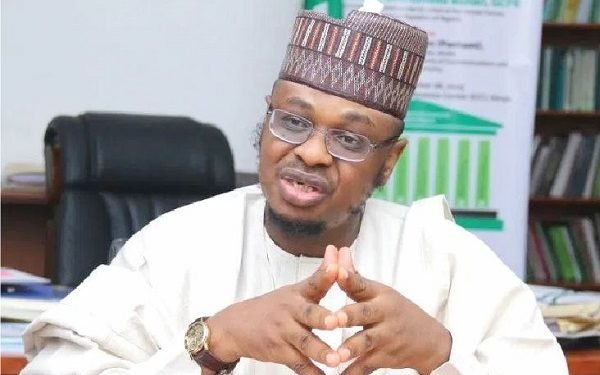 The Federal Government has advised youths to acquire relevant skills so as to compete for digital jobs around the world.

Dr Isa Pantami, Minister of Communications and Digital Economy, gave the advice at the virtual closing ceremony of the first batch of Digital Skills Initiative in Abuja, on Friday.

The two-month programme was organised by the National Information Technology Development Agency (NITDA), in collaboration with Microsoft Nigeria.

Pantami said that the programme was designed in line with the National Digital Economy Policy and Strategy (NDEPS), and in particular, Digital Literacy and Skills Development, one of its eight pillars.
He said that the digital states’ programme, designed as one of the implementation strategies of the NDEPS, was aimed at equipping youths with the necessary digital literacy skills that could facilitate Nigeria’s transition to a digital economy.

According to him, there were huge job opportunities in the global digital ecosystem which the Federal Government had identified and was training the youths to acquire the necessary skills needed for the jobs.

“We are leveraging more on skills development than paper qualifications, which is what is obtainable globally.

“There are opportunities globally in the digital world and our youths can get them if they have the required skills,” he said.

The minister recalled that the World Economic Forum in 2016, predicted that about 130 million jobs would be created in the digital world by 2022, but that the prediction had been overtaken by the Coronavirus pandemic, as over 200 million jobs were created digitally in 2020.

Pantami noted that the skills to be acquired could either be soft or hard, identifying critical thinking, creative ability and problem solving as the soft skills and cyber security, Artificial Intelligence, Robotics and emerging technologies generally as constituting hard skills.

He urged youths to enrol in the virtual academy of the government to learn skills that would enable them compete for digital jobs globally.

The minister also encouraged them to extend the training to other youths, while the government was working on ensuring that other states of the country benefited from the programme.
Gov. Babajide Sanwo-Olu of Lagos State observed that the world was in a digital age, where data could be properly mined and managed to boost the economy, hence the need to train youths for its good use.
Sanwo-Olu, represented by Prof. Akin Abayomi, Commissioner for Health, said that the COVID-19 pandemic had made the state gather a lot of data, being the epicentre of the virus, and was collaborating with NITDA to manage the data well.

According to him, the state was also complying with the provisions of the Nigerian Data Protection Regulation to protect the data of citizens.

Inuwa disclosed that the agency had trained over 2,400 participants in four states with the target of preparing the youths for the post-COVID era, which would be technology driven.

“The digital economy is knowledge-based and our youths need to unlearn and relearn, because technology is taking over the way we do things.

“We are trying to develop talents that can be exported to any part of the world, whereby the youths can work from anywhere and earn in foreign currencies,” he said.

The NITDA boss disclosed that the agency would begin the second batch of the training by the end of June, with one state selected from each of the six geo-political zones.

He said that the agency would also collaborate with the trained youths to train others, for a digital transformation of the ecosystem.

Microsoft’s Country Manager, Mr Akin Banuso, pledged that the company would sustain its support to Nigeria and the youths, so as to provide for a better society.

The states that benefited from the skills training were: Lagos, Kano, Gombe and Rivers, while participants were trained on IT Management of Productivity Tools; Understanding Digital Marketing and Basics of Content Creation; and Entrepreneurial Skills, including the Basics of Career Development.