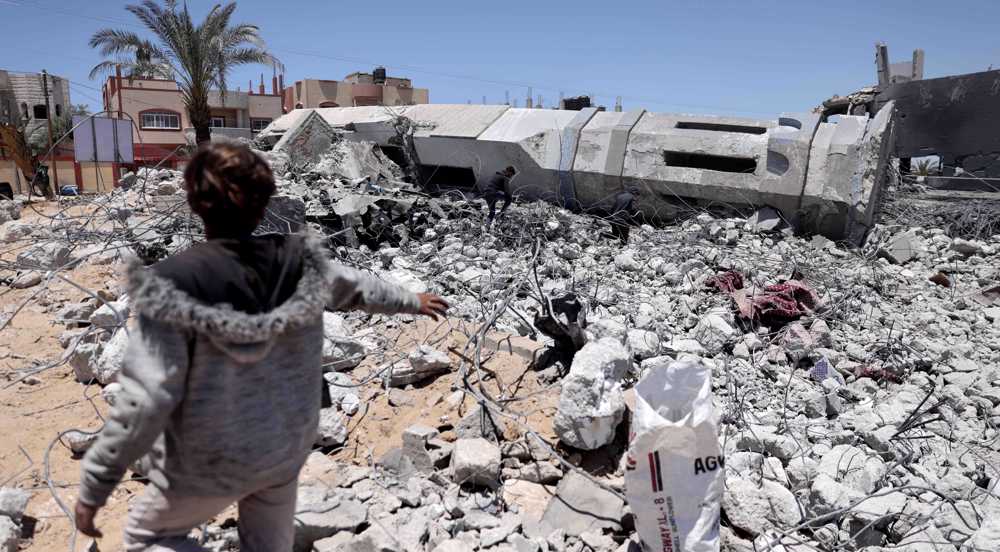 Palestine has summoned four European ambassadors over their countries’ “no” votes to a resolution at the United Nations to probe Israeli abuses, including during the recent aggression on Gaza.

The ambassadors of Austria, Britain, Bulgaria, and the Czech Republic were handed strong-worded letters of protest on Tuesday and requested clarifications by their foreign ministries regarding the votes against pro-Palestine motions at the UN Security Council and the World Health Organization (WHO), Wafa news agency reported.

Palestinian Foreign Ministry Undersecretary Amal Jadou slammed the “no” votes by the four European states as a “green light” to Israel to persist in its aggression and systematic violations of the Palestinian people’s rights.

Such votes reinforce the culture of impunity, giving Israel more chance to consolidate its occupation and perpetuate further crimes of apartheid and persecution which constitute crimes against humanity based on international law, she said.

The Palestinian Foreign Ministry is also expected to summon the German ambassador over its opposition to the same motions.

On Thursday, the UN Human Rights Council agreed to launch an international inquiry into violations committed during the 11-day Israeli aggression on the Gaza Strip and “systematic” abuses in the occupied Palestinian territories.

By a vote of 24 states in favor, nine against, and 14 abstentions, the 47-member forum adopted a resolution brought by the Organization of Islamic Cooperation (OIC) and the Palestinian delegation to the UN.

The council “decides to urgently establish an ongoing independent, international commission of inquiry, to be appointed by the President of the Human Rights Council, to investigate in the Occupied Palestinian Territory, including East Jerusalem [al-Quds], and in Israel,” read the document.

The commission will investigate “all alleged violations … and abuses of international human rights law leading up to and since 13 April 2021, and all underlying root causes of recurrent tensions, instability, and protraction of conflict, including systematic discrimination and repression based on national, ethnic, racial or religious identity,” it added.

The Palestinian Authority welcomed the resolution, saying it amounted to “international recognition of Israel’s systemic oppression and discrimination against the Palestinian people”.

“This reality of apartheid and impunity can no longer be ignored,” it said.

Back in March, ICC chief prosecutor Fatou Bensouda announced that The Hague-based court had launched an investigation into war crimes in the Palestinian territories.

British Prime Minister Boris Johnson said the probe gave “the impression of being a partial and prejudicial attack on a friend and ally of the UK’s.”

Former US President Donald Trump had in 2020 imposed sanctions and a travel ban on the court’s officials.

“We witnessed with serious concern the executive order issued in the United States by the former president Donald Trump and the sanctions designated against the court’s staff and their family members,” read Monday’s letter published by the Guardian.

“Deeply worrying is now the unwarranted public criticism of the court regarding its investigation of alleged crimes committed in the occupied Palestinian territory, including unfounded accusations of anti-Semitism,” it added.

Signed by the ex-prime ministers of France, Italy, Ireland, and Sweden, the letter said that “attempts to discredit the court and obstruct its work cannot be tolerated if we are serious about promoting and upholding justice globally”.

“In a time of increasing challenges to the multilateral order and an independent judiciary in many corners of the world and within Europe itself, preserving the ICC’s legitimacy and mandate becomes an imperative,” it added.