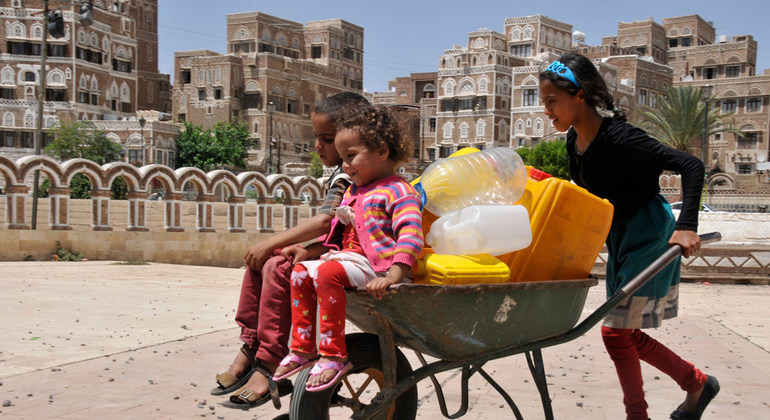 Yemen’s popular Houthi Ansarullah movement has lashed out at the United Nations for boasting about the dispatch of humanitarian aid to the war-torn country, saying that receiving such supplies is an “unconditionally absolute right” of all people across the world as well as the entire Yemenis.

Mohammed Abdul-Salam, the movement’s spokesman, made the remarks in a tweet in Arabic on Tuesday, saying the entry of medicine, food and oil derivatives to Yemen is an inalienable right, and therefore making Yemenis feel indebted was quite absurd.

“The entry of an oil ship from time to time, making the Yemeni people feel beholden and describing this as an achievement is an unrivaled absurdity,” Abdul-Salam said in his tweet.

“The arrival of medicine, food, and oil derivatives to the Yemeni people is an unconditionally absolute right in all circumstances, and no bargain or blackmail is accepted for human rights that are guaranteed to all humanity,” he added.

The UN food agency, the World Food Program (WFP), warned last week that it was ramping up support to people in Yemen’s worst hunger hotspots in an effort to prevent famine but sustaining response through the rest of the year was uncertain due to reduced funding.

The agency said it would require at least $1.9 million billion to prevent famine in Yemen while international donors have contributed nearly $947 million this year.

“WFP’s ability to maintain this level of response until the end of the year hangs in the balance. Sustained, predictable, and flexible funding is required immediately, otherwise, we will see any progress undone and needs rapidly rise in what is an unpredictable and challenging operational environment,” the agency said in a statement.

WFP said nearly 50,000 people in Yemen are already living in famine-like conditions, and five million are in immediate danger due to the years-long conflict in the impoverished Arab country. Every 10 minutes a child dies from preventable diseases such as diarrhea, malnutrition, and respiratory infections.

Meanwhile, the leader of Yemen’s Ansarullah movement decried on Monday the United Nations’ “weak” response to the Saudi-led blockade imposed on Yemen, which is grappling with the world’s worst humanitarian crisis.

Abdul-Malik Badreddin al-Houthi referred to the UN’s reaction to the Saudi siege, which blocks the entry of food, medicine, and petroleum products, criticizing the UN for turning a blind eye to the blackmailing of the Yemenis.

Houthi emphasized the Yemeni people’s right to have access to oil derivatives, medical supplies, and foodstuffs, “whatever the circumstances might be.”

Saudi Arabia, backed by the US and regional allies, launched a devastating war on Yemen in March 2015, with the goal of bringing the government of former Yemeni president Abd Rabbuh Mansur Hadi back to power and crushing the popular Ansarullah movement.

In another development on Tuesday, Yemen’s Arabic-language al-Masirah television network reported that at least two civilians were killed in Saudi artillery shelling in the country’s northwestern Sa’ada Province.

The fatalities took place when Saudi artillery units shelled targets in the al-Raqo area in the border district of Manbeh.

The incident came hours after an African migrant was killed and two citizens were injured as a result of Saudi artillery shelling in the same district in Sa’ada Province.