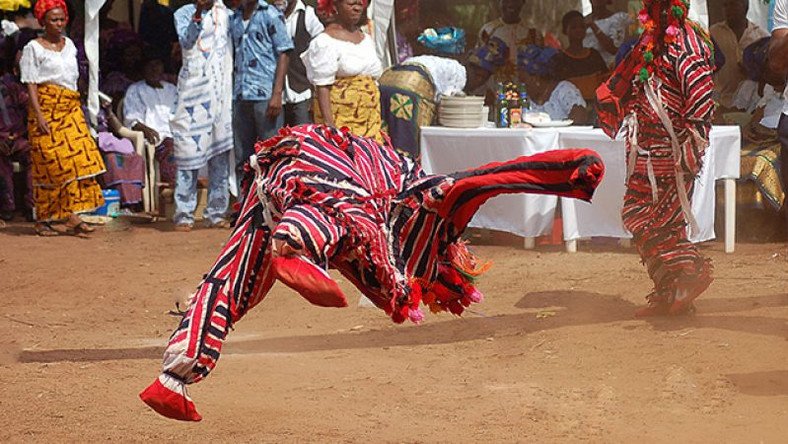 Owing to the recognition of lineages, they organized themselves into clans and villages based on old family origins known as Iman. A brief walk into the history, belief, and economy of the Annang people They also occupy some parts of southwestern Cameroon, which used to be part of the present-day Akwa Ibom State and Cross River State.

According to oral tradition, which is a form of human communication where knowledge, art, ideas, and cultural material is received, preserved, and transmitted orally from one generation to another, the Annang people have occupied their land in the coastal Southeastern Nigeria for thousands of years.

Thus making it a fact to be considered when it is said by some Anaangs that they have their origins in Jewish tribes from Egypt and settled in Ghana before arriving in the coastal Southeastern Nigeria and Southwestern Cameroon.

Related to both the Efiks and the Ibibios, it is said that the migration of the Annang people brought them to live among the Twi of Ghana where the name Anaang means “fourth son”.

And from Ghana, they moved eastward into present-day Cameroon. Upon getting to the highlands of Cameroon, they broke off but later arrived at the same territory in present-day Akwa Ibom.

Distinct for the value they have in the ability to speak well, the use of proverbs is highly desirable, especially among the leaders.

So desirable it is that the American anthropologist, Peter Farb, stated that the name “Anaang” among this group means ‘they who speak well’. And as a matter of traditional fact, an individual who has the gift of eloquent speech is often complimented as Akwa Anaang meaning the singer of Anyang.

READ ALSO:   Do you know about Queen Luwoo, the first and only female Ooni of Ife?

Like most African tribes, the traditional religion of the Annang people is based on the belief in the existence of a Supreme Being called Abasi Ibom (Abasi Enyong) whom they believe lives beyond the clouds.

But there are also myriads of divinities and spiritual beings (Abasi Isong) that assist Abasi Ibom to deal with human problems of moral, social, economic, political and psychological nature (Udo E.A. 1983/Esen 1988).

“Ibom” means the whole limitless universe. Here accordingly, he is the Lord of the whole boundless universe and everything within it.

However, due to His boundlessness, there is neither a temple nor shrine that can accommodate Him. He cannot be localized nor confined. He transcends space and time.

Owing to this, a temple is, therefore, non-existent in the Annang religion.

And as the Abasi Ibom is perceived to be unlimited, so also are his powers. Though ever-present through His power, yet withdrawn in person.

Hence the assistance from other divinities and ancestral beings. Abasi Ibom or Abot is the creator, the creator of the divinities, humans, animals, plants, and other existents in the world. He comes first in the hierarchy of existence.

The Anaang territory is not an industrialized one; hence making the people basically survive through farming, trading, local craft, and civil servicing.

In reality, the economy is not strong enough to sustain the people. And as a result, young people are sometimes given out to more comfortable people for menial works in the cities.

Besides that, which of course is secondary to the prestigious activities of farming among men and women, Anaang people are known to be very hardworking in nature.

It is the duty of the men to do the clearing of the farm, while women do the planting and care of crops. The only exception here is yam-care, which is believed to be a privileged responsibility of men.

Notably, the Abak zone is known for its oil palm products. Raffia goods are also a profitable source of income for a good number of people in the Ikot Ekpene zone, the Raffia City.