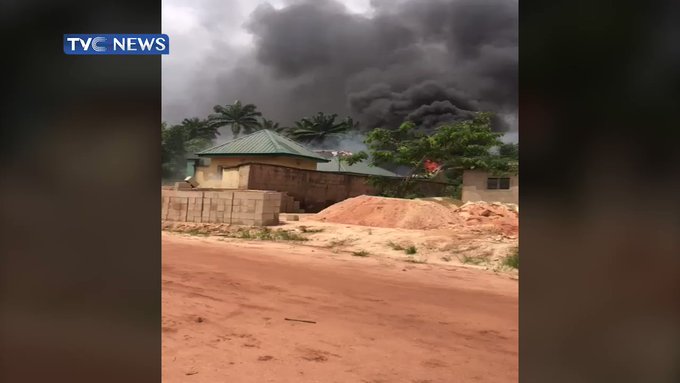 The office of the Independent National Electoral Commission (INEC) in Okwudor, Njaba Local Government Area of Imo, has been gutted by fire set by unknown gunmen.

The Resident Electoral Commissioner (REC) in the state, Prof. Francis Ezeonu, made this known in a statement issued to newsmen on Sunday, in Owerri.

He confirmed that no life was lost in the inferno, which started in the morning, but that the building had been substantially burnt including electoral materials, office equipment and furniture.

Ezeonu said the Okwudor office was one of the newly completed offices under his administration, saying that the incident had been reported to the police for investigation.

“This attack is coming exactly a week after our office at Ahiazu, Mbaise Local Government Area of the state, was vandalised on May 23.

“It is also the eighth INEC office to be attacked in Imo State since the 2019 general election. The total number of INEC office attacked nationwide since 2019 has now risen to 42,” he said.

The REC described INEC buildings, infrastructure and equipment as critical national assets that guaranteed the continuity of electoral activities throughout the federation.

“Attacking these offices is not in the national interest and has the capacity of compromising electoral activities and the credibility of the democratic process,” he said.