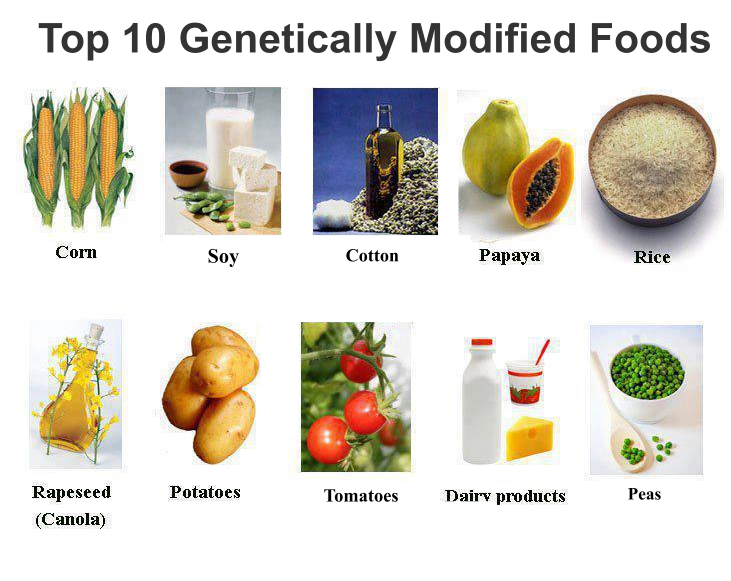 Dr Femi Onasanya, Lead Physician, Trauma Centre, Gwagwalada, said the results of most studies with Genetically Modified (GMO) foods indicate that they may cause common toxic effects.
Onasanya, who said this in an interview with the News Agency of Nigeria (NAN) in Abuja, on Sunday said it might cause effects such as hepatic, pancreatic, renal, or reproductive effects.
He said it could alter the hematological, biochemical, and immunologic parameters of individuals consuming them.
The expert, however, noted that researches were still on to ascertain their safety.
“Genetic modification is a special set of gene technology that alters the genetic machinery of such living organisms as animals, plants or microorganisms.
“Combining genes from different organisms is known as recombinant DNA technology and the resulting organism is said to be ‘Genetically modified (GM)’, ‘Genetically engineered’ or ‘Transgenic’.
“The principal transgenic crops grown commercially in field are herbicide and insecticide resistant soybeans, corn, cotton and canola,” he said.
Onasanya said experts were working on developing foods that could have the ability to alleviate certain disorders and diseases.
He said GM foods “are useful in controlling the occurrence of certain diseases”, adding that by modifying the DNA system of these foods, the properties causing allergies are eliminated successfully.
“These foods grow faster than the foods that are grown traditionally.
“At times, genetically engineered food crops can be grown at places with unfavourable climatic conditions too,” Onasanya said.
He said that a normal crop could grow only in specific season or under some favourable climatic conditions.
Onasanya said genetically engineered foods were reported to be high in nutrients and contained more minerals and vitamins than those found in traditionally grown foods.
According to him, the foods are known to taste better.
He said the reason for people opting for genetically engineered foods was that they had an increased shelf life and hence there was less fear of foods getting spoilt quickly.
Onasanya said the biggest threat caused by GM foods was that they could have harmful effects on the human body.
“It is believed that consumption of these genetically engineered foods can cause the development of diseases which are immune to antibiotics.
“Besides, as these foods are new inventions, not much is known about their long term effects on human beings.
“Manufacturers do not mention on the label that foods are developed by genetic manipulation because they think that this would affect their business, which is not a good practice,” he said.
Onasanya said experts were also of the opinion that with the increase of such foods, developing countries would start depending more on industrial countries.
He explained that it was because it was likely that the food production would be controlled by them in the time to come.
He said that health risks associated with GM foods were concerns with toxins, allergies, or genetic hazards.