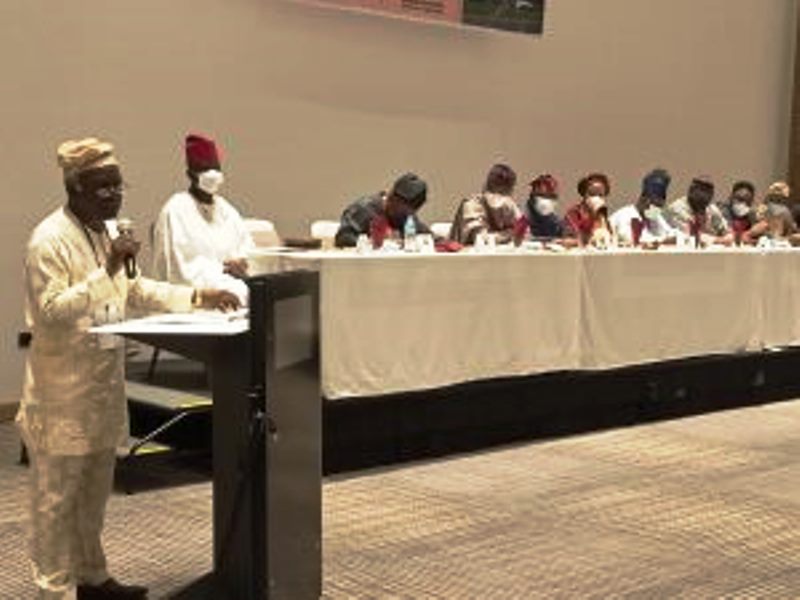 The groups made the appeal in a memorandum jointly submitted to the National Assembly during the South-West Zonal Public Hearing on the 1999 Constitutional Review in Lagos on Thursday.

The memorandum was signed Mr Lanre Arogundade, the Executive Director, International Press Centre (IPC) Lagos, on behalf of the over 30 groups.

Arogundade said the need to guarantee media freedom to ensure that the mandate given to the media to monitor the governance and uphold the accountability of the government to the people as enshrined in Section 22 of the Constitution, was enforced.

He recommended the abolishment of presidential involvement in licensing of broadcasting stations, saying amendment should vest the power to authorise licences in the regulatory body, NBC.

Arogundade said that the regulatory body in charge of broadcasting, should be made one of the federal executive bodies recognised in Section 153 and listed in the 3rd  Schedule of the 1999 Constitution to enhance independence.

He said the confirmation of the appointment and removal of the board members and director general of the regulatory agency should involve the participation of the National Assembly to make the process more transparent.

According to him, the provision in Section 22 (under Chapter 2) be moved to Chapter 4 which will enable journalists and the media to enforce rights.

“The mandate given to the media in section 22 is not justiciable because it is currently housed in Chapter 2 of the Constitution which deals with socio-economic rights.

“As things stand, journalists and media cannot approach the courts to enforce rights emanating from the provision, especially when they are violated.

“Section 39 (2) of the Constitution currently vests the power of approval of broadcasting licences in the president.

“The consequence of this is that the regulatory body in charge of broadcasting has been denied its full regulatory powers and there is political interference in regulatory functions,” Arogundade said.

He said that the 4th Schedule of the Constitution vests the power to collect radio and television set ownership fees in Local Governments.

“This issue was addressed in 1999 in the NBC (Amendment) Act which vests this power in the NBC.

“However, the military government which enacted the amendment forgot to do a corresponding amendment in the 4th  Schedule of the Constitution.

“Since constitutional provisions override those statutes, the collection and management of those resources (which long to the broadcasting industry) remain in the hands of local governments,” he said.

Arogundade said that section 1(b) of the 4th Schedule of the Constitution, which empowers local government to collect radio and television licence fees should be repealed and re-worded to give the power to the regulatory body.

He said that government budgetary appropriation to the regulatory body should be from the first line charge directly from the consolidated fund and not subsumed under the funding of any agency.

“There is the need to guarantee financial independence of the broadcast regulatory body,” he said.

The News Agency of Nigeria (NAN) reports that several other groups at the two-day public hearing advocated electoral reforms, gender equality and opportunity for women and vulnerable groups.