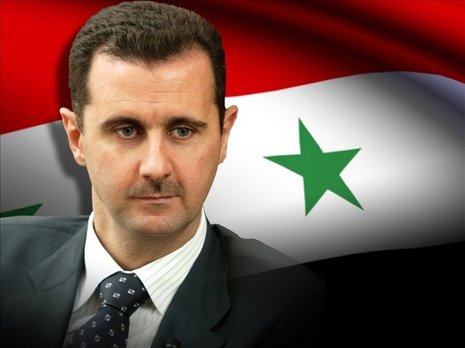 Russia has once again renewed warnings that foreign-backed Takfiri militants are plotting to stage a false flag chemical attack in Syria’s northwestern province of Idlib, this time ahead of and with the intention of sabotaging the country’s upcoming presidential elections.

Rear. Adm. Alexander Karpov, the deputy head of the ministry’s Center for Reconciliation of the Opposing Parties in Syria, said militants from the Hay’at Tahrir al-Sham terrorist group, accompanied by members of the so-called aid group White Helmets, which is notorious for its support of anti-Damascus militant groups, transported six containers with toxic substances, presumably chlorine, to an area in ​​Jisr al-Shughur City of Idlib via two trucks on Sunday.

“According to our information, the militants are planning to stage a chemical attack on the eve of the presidential elections in Syria and use its consequences — casualties and injuries among local residents — to accuse Syrian government forces of using chemical weapons against civilians,” Karpov said at a news briefing on Sunday.

Western governments and their allies have always implicated Damascus in the wake of an apparent chemical attack in Syria.

Syria has always denied the deployment of chemical weapons, arguing that it handed over its chemical stockpile in its entirety to a joint mission led by the United States and the Organization for the Prohibition of Chemical Weapons (OPCW) back in 2014. The mission subsequently made sure that the weaponry was totally annihilated.

On April 14, 2018, the US, Britain, and France carried out a string of airstrikes against Syria over a suspected chemical weapons attack on the city of Douma, located about 10 kilometers northeast of the capital Damascus.

Washington and its allies blamed Damascus for the Douma attack, an allegation roundly rejected by the Syrian government.

A former OPCW senior investigator and other informed sources have suggested that the organization’s report on Douma that resulted in the airstrikes on Syria had been doctored and key evidence in the case ignored and distorted.

On Friday, the Russian defense ministry also warned that Jabhat al-Nusra, another terrorist group, has also been preparing a false-flag chemical attack with the help of the so-called aid group White Helmets.

The White Helmets is known for its coordination with terror outfits in Syria to carry out staged chemical attacks aimed at falsely incriminating Syrian government forces and inventing pretexts for possible acts of aggression on army troops by a United States-led military coalition present in Syria since roughly 2014.

Last week, Syrian expatriates and refugees cast their votes at embassies abroad ahead of the May 26 presidential election.

Assad, who secured 88.7 percent of the vote in Syria’s last presidential election in 2014, is widely expected to win a fourth seven-year term.

Syria has been gripped by foreign-backed militancy since March 2011. The government says the Israeli regime and its Western and regional allies are aiding the Takfiri terrorist groups that are wreaking havoc in the country.

Russia has been helping Syrian forces in the ongoing battles across the conflict-plagued Arab country.

The Russian military assistance, which began in September 2015 at the official request of the Syrian government, has proved effective as Syrians continue to recapture key areas from remnants of the Daesh Takfiri terrorist group and other foreign-backed terrorist factions across the country.