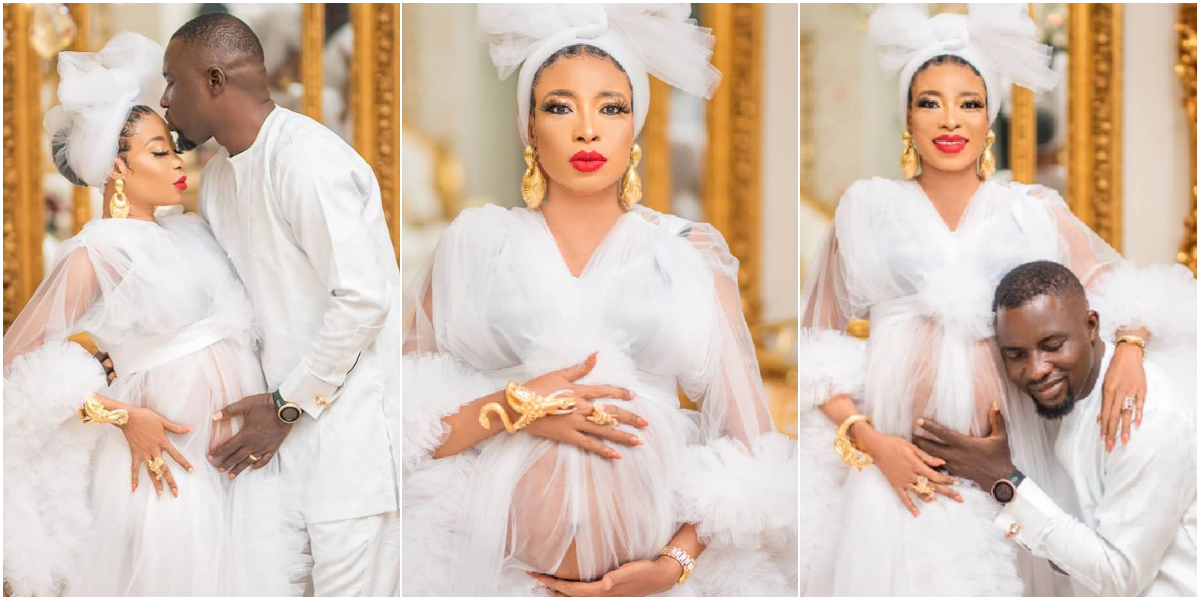 Lizzy Anjorin said her husband and doctor tricked her into keeping her baby. The actress revealed that she insisted on going for surrogacy instead of carrying her baby. The new mum then showered prayers on her hubby for helping her to achieve marriage and success.

! Nollywood actress Lizzy Anjorin has taken to her Instagram page to share the story behind the birth of her new baby. The new mother revealed that she and her husband had opted for surrogacy before they got married. A medical test, then, revealed that she had no eggs in her womb and she was encouraged to go for a scan.

The result of the scan showed that she had a baby growing in her womb already.

Instead of being excited, the actress said she thought of ways to take out the baby as she was not ready to put her career and business on hold for nine months.

Lizzy said she told her husband about taking out the baby and they went to see their doctor. According to her, the doctor put the procedure on hold till she was five months gone and then told her that it was too late to take out the baby.

The actress said she was bent on taking out her baby and when her husband suspected her new moves, he abandoned his business to always stay with her.

Lizzy said that was how she carried her baby to full term until its arrival.

She then went on to pray for her husband. According to her, he helped her to achieve marriage and success – two things she feared most in life.

In other news, Legit.ng earlier reported that fans reacted after a hospital video of Lizzy Anjorin with her baby emerged online. Anjorin was seen on a hospital bed with her child as a nurse tended to them.

The presence of the black nurse in the video seemed to raise doubts in the minds of people that the actress was in America. In no time, fans had interesting things to say about the short clip.

While some people asked if that was truly America, others reminded Anjorin of how she slammed fellow actress, Toyin Abraham after the birth of her son. Source: Legit Nigeria,