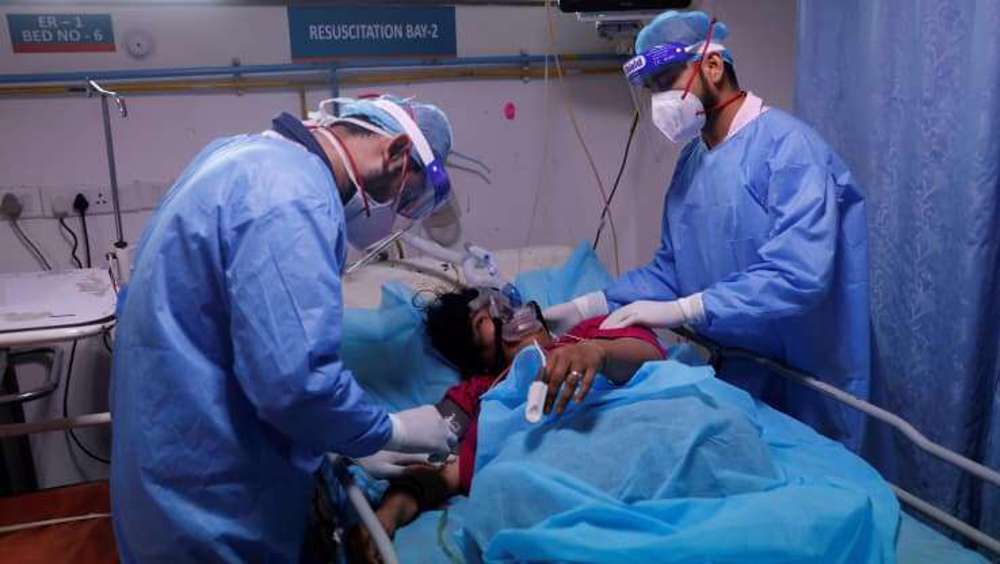 The United States is protecting “the obscene profits of Big Pharma” by not providing COVID-19 vaccines to India despite the risk of new virus mutations in the country that could threaten the entire world, an American political analyst has said.

Patrick Lawrence made the remarks in an interview on Friday while commenting on reports that the US-led Western states have been under mounting criticism for exercising so-called vaccine nationalism and not helping India, which has become the pandemic hotspot.

The US has said that it will help India by sending items needed to manufacture vaccines as part of an aid package but has so far not delivered on its promise.

India is battling a devastating second wave of the virus, whereas the country’s new vaccination drive was hampered in some areas by shortages of shots.

Several Indian states have run out of coronavirus vaccines amid a surge of new cases in the country.

“From the first, it was a question whether the US would be able to transcend its geopolitical ambitions and its idolatry to profit so as to address the pandemic in a fundamentally humane fashion. It has come nowhere near this proper conduct,” Lawrence said.

“Iran, Venezuela, and other nations have suffered in consequence. The Russian Federation is now beginning to ship its Sputnik V vaccine to nations in need. In response, and strictly as a matter of geopolitical competition, the US now says it will help nations such as India. The American leadership calls Russia’s policy motivated by politics alone and intended to divide the West. The American effort is now advertised as a contribution to global health. This is entire upside down,” he added.

READ ALSO:  COVID-19: Vaccine taskforce chief says Britain will be free of the Covid by August

The United States has hoarded millions of COVID vaccine doses despite growing calls by international health experts for a coordinated global vaccine effort to tackle the pandemic.

The US is “sitting on 35-40 million doses of AstraZeneca vaccine Americans will never use,” Brown University School of Public Health’s Ashish Jha was quoted as saying by The Indian Express recently.

According to a Bloomberg report, an overwhelming majority of vaccines have been distributed in the richest countries that are vaccinating their citizens at a pace 25 times faster than the lowest income countries.

India and Brazil are particularly struggling as the number of COVID-19 victims continue to grow.

Lawrence said, “It is primarily a case of protecting the quite obscene profits of Pfizer and Moderna, which developed the first American vaccines. At this moment it is difficult to say what will be the outcome. On one hand, there is the protection of ‘Big Pharma’ profits on the other there is the need to appear globally as a humane nation.”

“If I were India, I would ‘reverse engineer’ the American vaccines, produce them locally to address the crisis, and defy Pfizer to bring a case against New Delhi. I would say the same of the Islamic Republic, I should add. Humanity comes first, come above all in circumstances such as these,” he added.

The analyst said that “this is what we used to call the North-South divide in its latest variation. I have long argued that parity between the West and non-West is the single most important imperative of our new century. We will achieve this, whether or not the rich nations with it, and the pandemic demonstrates with grim clarity why this is important. But it also shows that we are not there yet, and the struggle for parity, led by such nations as Iran, Russia, and China, must go on.”