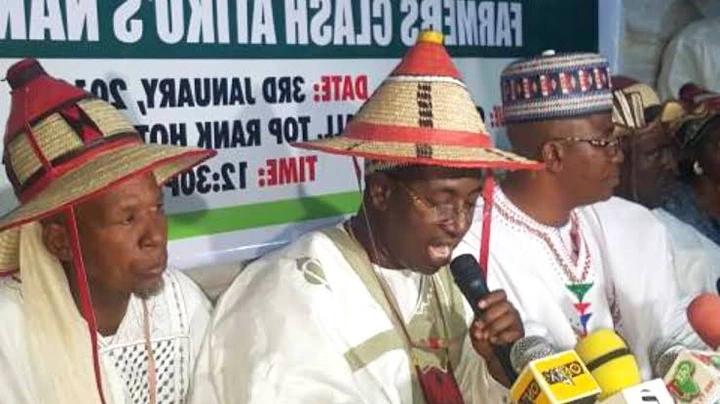 The Chairman of the Kogi Chapter of the Miyetti Allah Cattle Breeders Association of Nigeria (MACBAN), Alhaji Wakili Damina, who was allegedly kidnapped on Tuesday, has been released.

The state Secretary of the association, Mr. Adamu Abubakar told newsmen in Lokoja on Saturday that Damina was released in Abuja late night of May 7.

Adamu said from Damina’s account, he was released by men suspected to be from one of the security agencies and not kidnappers as earlier suspected.

He said that Damina arrived at his Chikara home in the Kogi Local Government Area of the state in the early hours of Saturday to reunite with his family.

It would be recalled that Adamu had announced to newsmen in Lokoja on May 4, that Damina was taken away from his house by eight men dressed in military camouflage.

He said that the men forcefully took him away in a white bus.

He also said that all efforts to get across to him proved abortive as his telephone lines were switched off.

However, the secretary, said that the national body of the association had taken the matter up to ascertain why Damina has whisked away in such a manner.

He also said that the group had instructed a lawyer to take the matter up.

Adamu then expressed the gratitude of the association to the state government, police, media, and members of the public for their support and concern during the period.

The state Commissioner of Police, Mr. Ede Ayuba, had also told newsmen that attempts to locate the whereabouts of Damina before the release, was frustrated by the inability to reach him through his phone line.