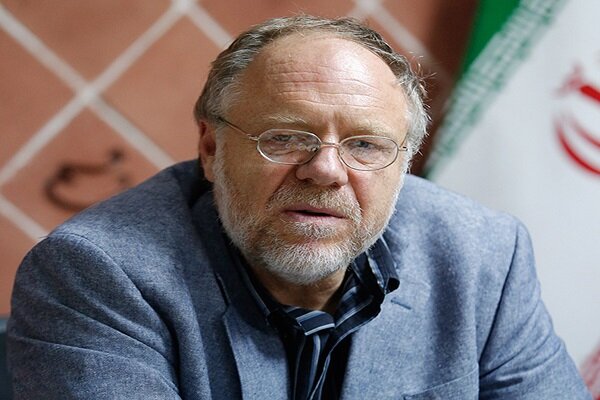 The famous American Arabist-Islamologist scholar believes that the general public of Arab countries will never accept the normalization of Arab-Israeli relations.

The Zionists have successfully pursued the project they launched in the 1960s, which was to neutralize Arab rulers’ resistance to the genocide of the Palestinians. At that time, the Zionists assumed that Arab nationalism was their biggest threat. Back then, Turkey and Iran were run by Western-puppet anti-Islamic regimes, so the Zionists assumed they would never be a problem.

Today the situation has evolved to the point that Arab nationalism is dead, Arab leaders openly prostitute themselves to the genocidal Zionists, Arab populations largely acquiesce in their own shameful humiliation, and only the Palestinians and the Axis of Resistance are proudly carrying forward the struggle. The forces of Resistance have increasingly carried the banner of Islam: Hamas and its allies, Hezbollah, the Ansarullah in Yemen, and patriotic forces in Iraq are all specifically Islamic resistance groups, and they receive moral and occasionally tangible support from the Islamic Republic of Iran and (we hope) the increasingly Islamic but not yet fully independent Republic of Turkey.

Meanwhile, the Saudis and other Persian Gulf tyrannies are de-Islamizing themselves. The Saudis are now teaching the Hindu epics Ramayana and Mahabharata in schools and promoting the concept of Hollywood-style “entertainment” as the solution to their problems with Wahhabism. (The Saudis created extremist takfiri Wahabbism under orders from their Western masters, as Bin Salman has admitted, just as they are now secularizing and openly embracing Israel under orders from those same Western masters.)

Just as the Egyptian people never accepted Anwar Sadat’s treasonous “normalization,” likewise the ordinary Arab people will never permanently accept the current versions being offered by Bin Salman and the other despots. There can be no peace without justice. Just as Sadat succumbed to the violence he unleashed by betraying the Palestinian cause, ultimately the current group of royal traitors will pay the penalty for their treason.

The Western-puppet secular Arab nationalist rulers will, sooner or later, be overthrown by Resistance forces raising high the banner of Islam. These Resistance forces recognize that Zionism represents Dajjal, the Antichrist and that the struggle for the Holy Land pits the forces of God against the forces of Dajjal. So while the Arab masses may pass through a period of confusion as their leaders openly embrace Dajjal, and misguided and brainwashed young people flirt with the temptation of secularism, that period will end with a rebirth of Islamic Resistance and the eventual liberation of Jerusalem al-Quds and the rest of Palestine.

Israel has been violating human rights in the case of Palestinians, including the recent Israel blockage of COVID vaccines from entering Gaza. Israel blocked COVID vaccines intended for frontline medical workers in Gaza as part of its overall blockade of Gaza, which has reduced the majority of Gazans to extreme poverty and prevented them from access to food, health care, and other infrastructure. The international community has been unable to summon the courage to force Israel to end its blockade because Zionists infest the top levels of the wealth and power hierarchies in the West, especially in media and finance. These Zionists brutally punish politicians who question or oppose their genocide of Palestine. The Western leadership, consisting almost entirely of moral cowards, repeatedly capitulates to Zionist pressure and allows the genocide to continue unimpeded.

The Zionists used Trump to push through their extreme hardline policies, including forcing “normalization” on their client puppet regimes. Now they will use Biden to consolidate their gains, in the same way, the Zionists who blew up the World Trade Center on 9/11 pushed through radical policies under Bush-Cheney and then consolidated those policies under Obama. A high proportion of Biden’s advisors are Jewish Zionists who will block and veto any meaningful efforts to reverse Trump’s extremist policies—just as the same type of Zionist advisors controlled the Obama Administration and prevented the president from closing Guantanamo and ending the fake “war on terror” which is really a war on Islam for Israel.

Read More: Israel Behind US War on Syria

The Western imperialists have been playing the divide-and-conquer game for centuries. Today they continue to play the same game by using all of their considerable resources to divide Muslims according to sectarian categories. In reality, Muslims of all schools of thought, including but not limited to the five traditional universally accepted law schools one of which is the Jafari (Shia) school, have the same interest in defeating the Zionist Dajjal and expelling the forces of Zionism and imperialism from the region. So the Axis of Resistance represents all Muslims and indeed all West Asian people seeking dignity and sovereignty for themselves and their people.

Kevin Barrett is an Arabist-Islamologist scholar and one of America’s best-known critics of the War on Terror. From 1991 through 2006 Dr. Barrett taught at colleges and universities in San Francisco, Paris, and Wisconsin.