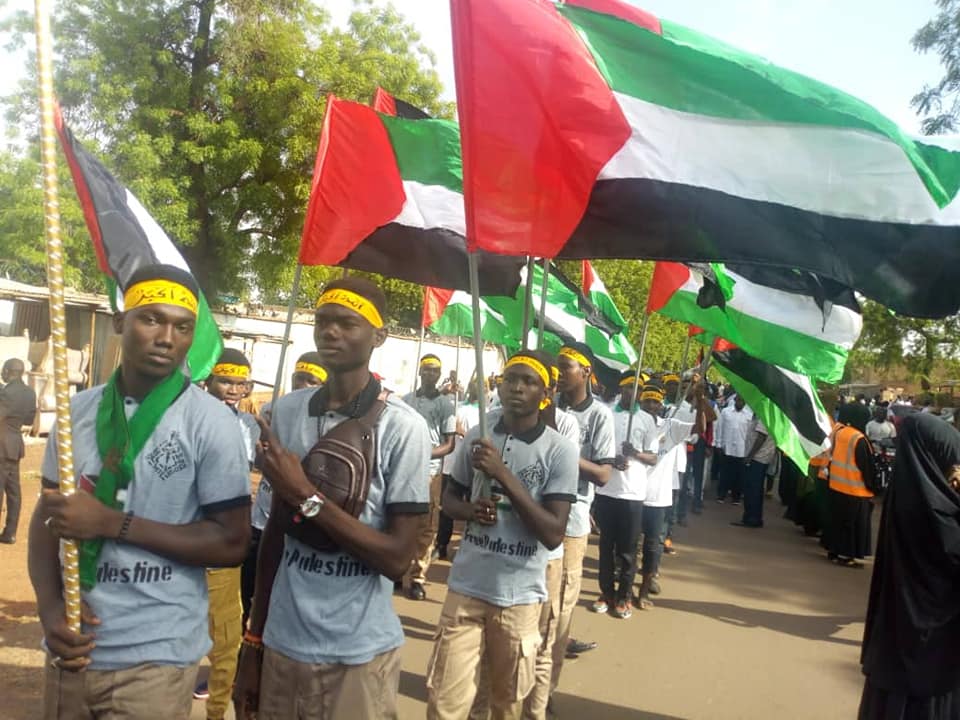 Members of the Islamic Movement in Nigeria have marked International Quds Day with peaceful processions in many Nigerian cities.

Nigeria21 correspondent monitored the situation in Abuja and sent in these details. The International Quds Day procession started peacefully immediately after the Friday prayers.

Members of the Islamic Movement marched through some major streets chanting condemnation for the illegal Israeli regime. The demonstrators chanted support for the oppressed people of Palestine who suffer oppression at the hands of the Zionist forces. 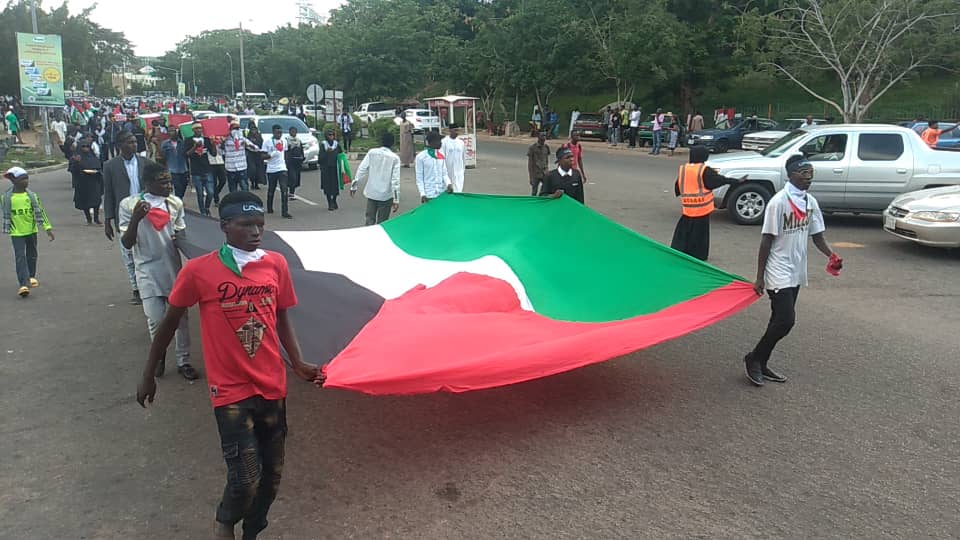 The peaceful procession came to an end and most of the protesters had dispersed, when a combined team of security operatives arrived and attacked the few demonstrators with teargas canisters and live rounds.

The Islamic Movement stated that over 100 of its members including women were arrested and one person was shot. Meanwhile, in a statement, the Islamic Movement in Nigeria has said that terror has never been its mode of operation.

The statement said Sheikh Ibrahim Zakzaky has always believed in peace in all religious activities. The Islamic Movement called on the government to release its leader Sheikh Zakzaky.