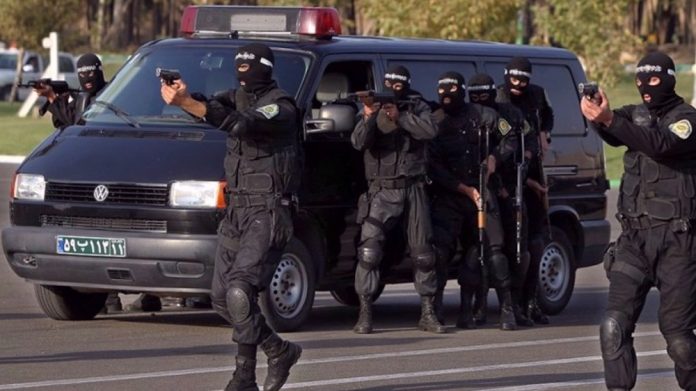 “The Iranian police have arrested the chief and four members of an espionage group affiliated with the Zionist regime,” the Intelligence Organization of the Law Enforcement Command said in a statement cited by the state news agency IRNA.

“The group of five was encouraged by a separatist leader to get connected with the Zionist regime’s intelligence – Mossad,” it added.

Iranian authorities say members of the alleged network were collecting information on important and vital areas in Iran, motivated by financial temptation from the Mossad.

There was no comment from Israeli authorities on the report.

According to a report, Iranian police have arrested the alleged leader and four other members of a spy network they suspect is affiliated to Israel’s secret services, Iranian law enforcement authorities said on Thursday.

They did not give the nationality of those arrested but said they had received training for armed operations and sabotage.

“The arrested five members of this spy network were given various pledges from (Israel’s) Mossad, including financial promises, to gather information from important areas across the country,” the law enforcement intelligence organisation said in a statement reported by the semi-official ILNA news agency.

In Israel, the Prime Minister’s Office, which oversees the foreign intelligence agency Mossad, declined comment on the reported arrests.

Iran and Israel are longtime foes and are currently locked in dispute over Iran’s nuclear programme. Israel accuses Iran of backing militant attacks against it, while Iran says Israel has carried out a number of killings of Iranian officials, including that of a senior officer in May. Israel does not confirm nor deny such actions.

On Wednesday, Iran’s minister of intelligence Esmail Khatib said Tehran had foiled subversive actions from the “Zionist regime” – its term for Israel. Iranian security forces have successfully carried out a number of operations against Israel over the last few months, he said without specifying what they consisted of.

Last week, Iran’s security forces said they arrested a network of agents working for Israel who entered Iran from Iraq’s Kurdistan to carry out sabotage and what they called “terrorist operations”. read more