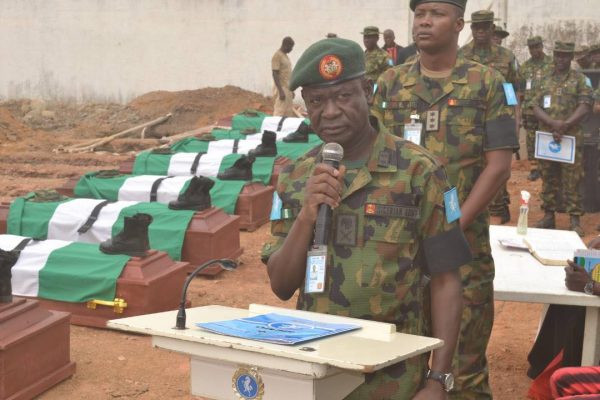 At least two soldiers have reportedly been killed in an accident involving a motorcycle and waste collection truck in Kaduna State.

The military personnel were killed on Tuesday.

It was learnt that the two soldiers were rushed to 44 Military Hospital where they were confirmed dead.

According to Leadership, the two soldiers were on a motorcycle in the early hours of Tuesday to resume work at the Nigerian Defence Academy (NDA) before the ugly incident occurred in the Mando area of Kaduna.

The soldiers were said to have fallen off the motorcycle when it ran into a pothole on the road and the truck coming behind them crushed them.

According to the report, the Academy Public Relations Officer, Major Bashir Jajira, however, said he was not aware of the incident.

It was earlier reported that, A military armoured gun truck on Sunday crushed a Keke NAPEP in Damaturu, killing two passengers, including a female Pre-ND student of the Federal Polytechnic Damaturu.

Findings revealed that the accident occurred at the traffic junction at the Gwange along Gashua road where the military vehicle collided with the Keke NAPEP in an attempt to move into opposite directions.

The accident has drawn reaction from residents and the Civil Society in the State.

“19 year old Aisha was crushed to death by a reckless military driver. The incident of army vehicles breaching traffic for no just cause has become a common phenomenon in Damaturu, resulting in series of avoidable accidents. @HQNigerianArmy , we demand #JusticeForAisha” 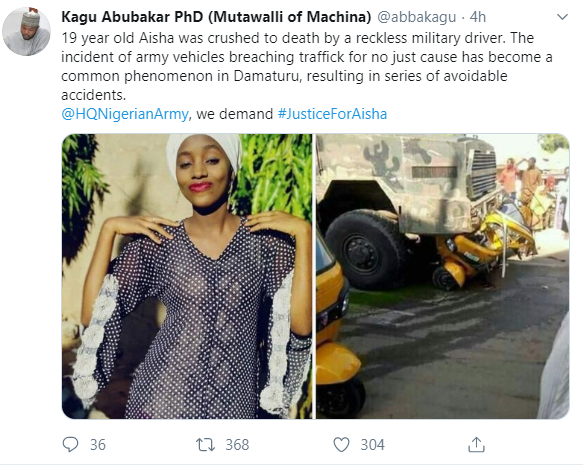 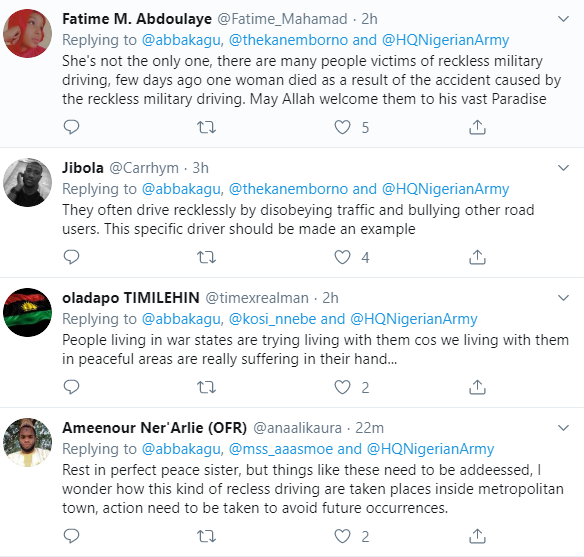