Nigeria’s president Muhammadu Buhari has asked his ministers to resign if they are willing to stand in next year’s general elections, according to the Information minister, Lai Mohammed. Buhari is said to be giving members of the government until May 16 to do so. 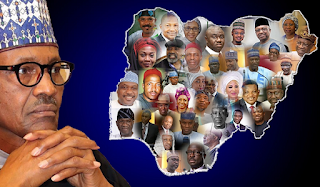 Nigerians will head to the polls in February next year to choose a new president, state governors, senators and members of the House of Representatives.

At least five cabinet members are running for the elections, including the Transport and Labour ministers. Lai Mohammed said vice president Yemi Osinbajo was excluded from that directive as he was jointly elected with the current president. Osinbajo is running for Buhari’s party, All progressive Congress and the head of state is no longer a candidate after two terms in office.

This directive was made possible by an electoral law amended earlier this year which indicates no politcal appointees are allowed to be candidates in party primaries or even vote.

According to a freport, Nigeria’s President Muhammadu Buhari has directed all members of his cabinet who nurse political ambitions to resign their current appointments, according to the country’s information minister.

“The mandate I have from the president is to announce that all members of the Federal Executive Council contesting for elective office must resign their ministerial cabinet appointments on or before Monday, May 16, 2022,” Information Minister Lai Mohammed, told journalists in the capital, Abuja, on Wednesday.

Mohammed specified that the instruction excludes Vice President Yemi Osinbajo because he was elected alongside Buhari.

The directive came after an appeal court sitting in Abuja ruled that a section of the amended electoral act passed this year, was unconstitutional. The clause prevents political appointees at any level from being “a voting delegate or be voted for at the convention or congress of any political party for the purpose of the nomination of candidates for any election”.

The appellate court held that the provision was “unconstitutional” because it denied a class of Nigerian citizens their right to participate in elections.

Asked if the directive would be extended to other federal appointees outside the cabinet like the central bank governor who is attempting an unprecedented presidential run, Mohammed said only ministers of the administration are asked to resign.

At least five members of the cabinet are seeking to succeed Buhari, whose second term in office ends in 2023, as president on the platform of the ruling All Progressive Congress (APC). They include Transport Minister Rotimi Amaechi and Labour Minister Chris Ngige.

Abubakar Malami, justice minister and attorney general of the federation, is interested in the governorship position for the northwestern state of Kebbi.

On Tuesday, the Nigerian Senate had amended the electoral act to allow “statutory delegates”, to participate and vote in the conventions, congresses or meetings of political parties.

Statutory delegates, according to a signed statement from a presidential spokesman to the Senate president, include the president, vice president, members of federal and state parliaments, governors and their deputies and others.

Deputy Senate President Ovie Omo-Agege, who sponsored a bill for the amendment said the existing law did not “provide for the participation of what is generally known as ‘statutory delegates’ in the conventions, congresses or meetings of political parties”.

Omo-Agege is believed to be interested in contesting for governorship of the southern Delta state.

Senate President Ahmad Lawan said after the bill was passed the amendment became imperative in view of the deficiency created by the provision of section 84(8) of the Extant Act.

“The amended Electoral Act of 2022 that we passed this year, has a deficiency that was never intended and that deficiency will deny all statutory delegates in all political parties from participation in congresses and conventions,” Lawan said.

The primaries for the governing and leading opposition parties happen later this month.