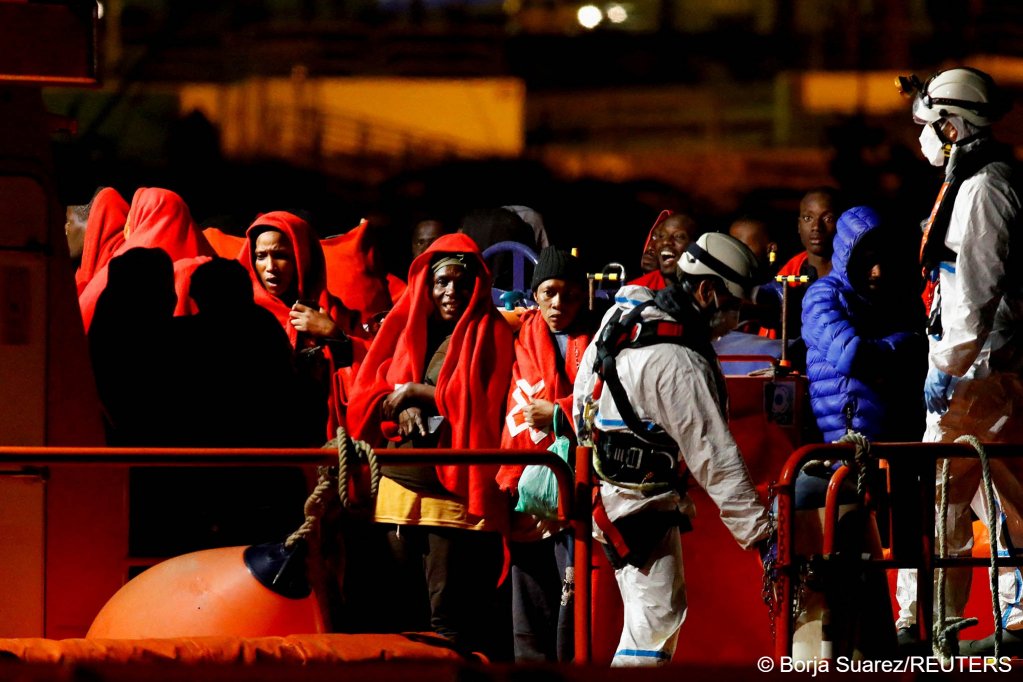 The Spanish coast guard rescued 71 migrants on Tuesday, who were traveling in a rubber boat in the Atlantic Ocean off Spain’s island of Gran Canaria.

The migrants – 55 men and 16 women- were transferred to the port of Arguineguin in Gran Canaria where they were helped by emergency services.

The Spanish coast guard was also patrolling the seas near the Canary Islands of Fuerteventura and Tenerife on Tuesday.

On Monday (May 9) two Spanish coast guard helicopters rescued 13 migrants in the Atlantic Ocean off the Canary Islands, authorities said, but those rescued told Red Cross workers that about twice as many were missing and probably drowned.

Located around 60 miles off the coast of Morocco, Spain’s Canary Islands have become a hot spot for migrants trying to reach Europe in recent years.