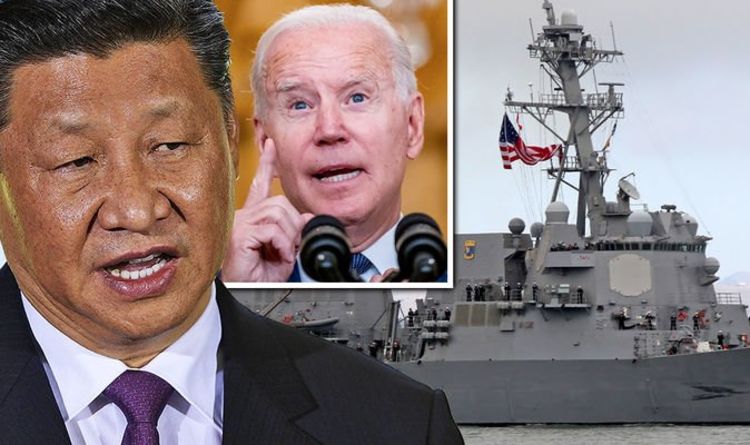 China warned and monitored a U.S. warship that sailed through the Taiwan Strait on Tuesday, the country’s military said Wednesday.

The ship “transited through a corridor in the Strait that is beyond the territorial sea of any coastal State,” demonstrating the U.S. commitment to a free and open Indo-Pacific, according to the Navy statement.

In response to the U.S. drill, however, the People’s Liberation Army’s Eastern Theatre Command accused Washington of frequently staging “such dramas” and provoking “trouble, sending the wrong signals to Taiwan independence forces and deliberately intensifying tensions across the Taiwan Strait,” Reuters reported.

The Chinese command also said its forces had monitored the U.S. ship throughout and “warned” it, asserting that Chinese troops “maintain high alert at all times, resolutely counteract all threats and provocations, and resolutely defend national sovereignty and territorial integrity.”

The United States routinely carries out transits through the Taiwan Strait, with the last such drill less than a month ago on April 27 with the guided-missile destroyer USS Sampson.

But the movements anger China, which views them as a show of support for Taiwan, the independent island seen by Beijing as its territory.

While the United States has no formal diplomatic ties with Taiwan, it supplies the island with weapons, and American officials and lawmakers have regularly met with Taiwanese officials.

The last such trip took place last month when a six-member group of U.S. lawmakers made a two-day visit to Taiwan, sparking anger from Beijing.

In its own show of force, China frequently sends its warplanes near Taiwan’s airspace and carries out exercises near the island.