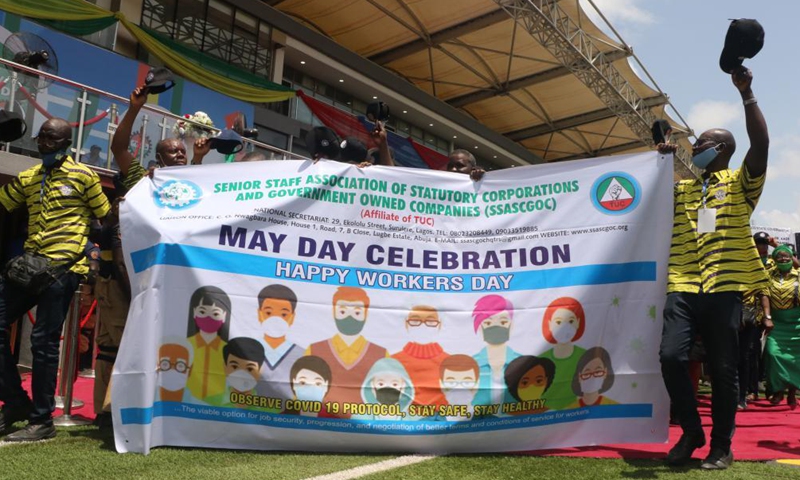 In many countries, International Workers Day is an official holiday observed on May 1 to celebrate workers. This annual celebration is also called May Day or Labour Day.

Workers’ Day is observed to commemorate the sacrifices and struggles of workers’ and labours’ movements that brought about the eight-hour workday labours as being enjoyed today.

This day is celebrated on different days in many countries, but most countries including Nigeria set aside May 1 as their official day for the celebration of the working class.

The Origin of Workers’ Day

In the 19th Century during the rise of industrialisation in the United States of America, workers were forced to work for 10 to 15 hours a day.

The workers in chemical factories, mines and other similar places were not only forced to work endlessly in a poor work environment, they were also paid a pittance for their efforts.

However, in a bid to stop the oppression and exploitation the industrialists subjected them to, the workers raised their voices in protest, formed a trade union and went on strike on May 1, 1886.

The workers strongly demanded a reduction in their work time from 15 to eight hours.

The protests which started peacefully, however, grew violent as some of them were arrested and served terms of life imprisonment and death sentences. But this didn’t stop the labour force that had already been pushed to the wall.

In the long run, the government called for negotiations, heard their request and eventually reduced their work time to eight hours.

In 1889, the International Socialist Conference declared that May 1 would be an international holiday for labour.

This sums up the belief that the labour force has the power to deal with any oppressive system and affect the desired change especially when they act in unity.

The Federal Government of Nigeria recognises the United Nations’ International Workers’ Day which is observed on the first day of May.

May 1 has been set aside as a public holiday in Nigeria since 1981.

It is believed that Workers Day was first recognised as a public holiday in Nigeria in 1980 by the People Redemption Party of Kano State.

It officially became a national holiday on Friday, May 1 1981.

In Nigeria, the celebration of this holiday is often an avenue for the President of the Labour Union to address workers and make demands from the government.

READ ALSO:  Iran says US needs it’s nuclear deal and should agree to demands to revive it

Although May Day is a holiday for all workers, the observation of the holiday in the most populous country in Africa is largely about governments at all levels and their employees.

Declaring May 1 as a public holiday in Nigeria is all the government does to celebrate workers in the country, the government’s attitude towards the holiday is ostensibly not in consonance with the spirit of workers’ day.

Typically, on May Day, Nigerian political leaders at state levels would appear on TV to read a speech or release a statement talking about policies and workers’ welfare but these promises in most cases are never fulfilled.

This is a country where the monthly take-home of millions of workers on the government payroll cannot buy a bag of rice.

It took a serious back and forth for some state governments to increase the minimum wage from N18,000 to N30,000, while some states do not even deem it necessary to up their worker’s wages.

Interestingly, the government that always uses ‘no money as an excuse to dissuade workers from demanding welfare packages has never deemed it necessary to cut down its expenditure.

In essence, workers’ day in Nigeria is just a day for workers to stay off work. The ethos of the holiday is not reflected in the relationship between workers and their employers in the country.

Even though the government is not forthcoming on its promises to workers, the workers themselves have come to recognise Workers’ Day as a holiday for self-celebration.

Spending the holiday time to rest and spend more time with one’s family has to be the only perks that come with the May Day celebration in Nigeria.

Otherwise, there is nothing significant for Nigerian Civil Servants to celebrate in relation to their work conditions and welfare.