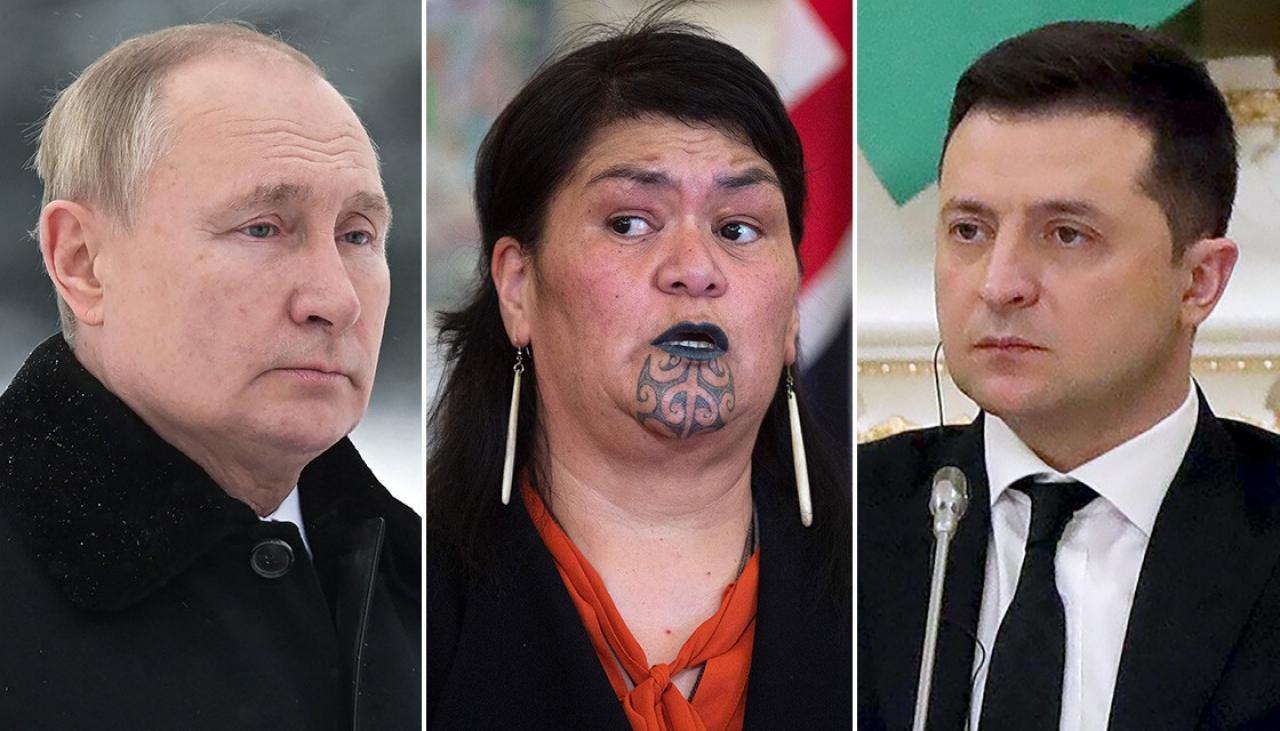 Foreign Affairs Minister Nanaia Mahuta said they were among those “responsible for Russia’s invasion.” Meanwhile, the UK says a quarter of Russian ground forces are “combat ineffective.” 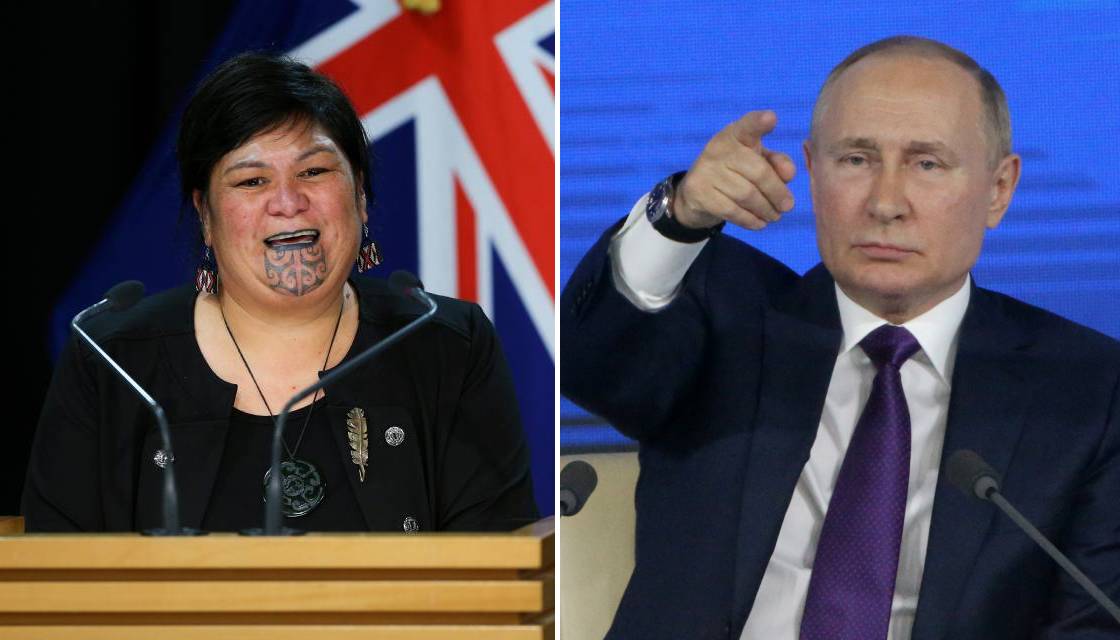 New Zealand has imposed sanctions on Russian lawmakers and defense entities in response to Russia’s invasion of Ukraine.

“As President [Vladimir] Putin’s war machine continues its illegal attacks and as further revelations of atrocities come to light, we are determined to impose costs on those involved,” Foreign Affairs Minister Nanaia Mahuta said.

The sanctions targeted 170 members of the upper house of Russia’s parliament, the Federation Council, and six companies and organizations in the defense sector.

“This will further prohibit those we have already sanctioned from carrying out activity in New Zealand and prevent New Zealand from becoming a financial safe haven for those involved with Russia’s illegal activities in Ukraine,” Mahuta said.

European Union energy ministers are due to discuss how to deal with Russia’s decision to halt gas supplies to Poland and Bulgaria at a special meeting in Brussels later on Monday.

The meeting comes as the block’s biggest economy, Germany, signaled it was ready to support a gradual, EU-wide embargo on Russian oil imports.

“And we are preparing this in such a way, that we could if necessary keep it up over the coming years,” German Foreign Minister Annalena Baerbock told Germany’s ARD television on Sunday.

European Commission President Ursula von der Leyen pledged to ensure that Russia’s decision to turn off the tap would have as little impact as possible on European consumers.

Friedrich Merz, the leader of Germany’s largest opposition party, is expected in Kyiv later on Monday. Although his trip and particularly its timing has not been officially confirmed, representatives of his Christian Democrats (the CDU/CSU) confirmed the plans off the record in multiple German media outlets over the weekend.

Merz’s chief of staff Jacob Schrot wrote on Twitter, without specifying when the trip would take place, that Merz had three messages to impart on his visit. Firstly, Merz wanted to show “Germany stands by Ukraine’s side,” Schrot wrote, while Merz also “wants to listen and then bring the concrete requests for support from Ukrainian interlocutors back to Germany.” And thirdly, Schrot said, Merz wanted to show with his visit that “Germany’s support is not a question of government versus opposition.”

However, if anything, Merz has been trying to portray himself domestically as more proactive on Ukraine than Social Democrat Chancellor Olaf Scholz.

Late last week, Merz accused Scholz of demonstrating “hesitation,” “procrastination,” and “trepidation” on Ukraine. Meanwhile, Markus Söder, the leader of Bavaria’s CSU, said on Saturday that Scholz had failed to give people adequate orientation amid the conflict, saying “this kind of hesitation, hiding and ducking is not worthy of a German chancellor.”

Scholz has taken flak at home and abroad in recent weeks, despite taking radical steps by German standards, for still appearing more cautious than many of his western counterparts, and for trying to placate the more pacifist elements of his supporter base.

Oleg Tinkov, the founder of one of Russia’s biggest banks, told The New York Times on Sunday that he has been forced to sell a 35% stake in his bank to a company run by Vladimir Potanin, a mining oligarch considered close to Russian President Vladimir Putin.

The fire sale came following Tinkov’s criticism of Russia’s invasion of Ukraine on Instagram. The day after his criticism was posted, the Kremlin contacted his bank and threatened to nationalize it if the financial institution did not cut ties with Tinkov.

Tinkov told The New York Times, “I couldn’t discuss the price. It was like a hostage.”

He would not talk about his current location, but did say he had hired bodyguards out of fear of retaliation from the Russian state.

Ukrainian security forces said they uncovered a Russian spy ring, and said one of the spies was working in Ukraine’s military general staff.

“The comrades were supposed to shoot down a passenger plane over Russia or Belarus and then say Ukraine was responsible,” said Oleksiy Arestovych, an adviser to President Volodymyr Zelenskyy.

He added that Ukrainian anti-aircraft missiles would have been used to execute the planned shootdown.

Lavrov: No plans to end war before Victory Day

Russian Foreign Minister Sergey Lavrov said his country has no plans to end the war any time soon.

He said Moscow would not rush to end the conflict in time for the May 9 Victory Day commemorations, which marks Nazi Germany’s surrender to Allied forces — including the then Soviet Union — in 1945.

“Our military will not artificially adjust their actions to any date, including Victory Day,” Lavrov said in an interview with Italian private broadcaster Mediaset.

“The pace of the operation in Ukraine depends, first of all, on the need to minimize any risks for the civilian population and Russian military personnel,” he added.

He also said that NATO and the EU have “resigned themselves” to the United States.

“And in Washington they have decided that the world must now be monopolar, they talk about that all the time.”

Lavrov also accused the US and Canada of training “neo-Nazi subdivisions” that have entered the ranks of the Ukrainian military, in comments referring mainly to the Azov regiment in eastern Ukraine.

Vyacheslav Gladkov, the regional governor of the Belgorod region in southern Russia that borders Ukraine, said two explosions took place in the early hours on Monday.

No further details were given, and Gladkov said no casualties or damage had been reported.

Germany could be off Russian oil by late summer

Germany’s Economy and Climate Minister Robert Habeck has said he expects his country to be fully independent of Russian crude oil imports by the end of summer.

Sweden and Finland already cooperate with NATO on military and security matters, but are not formally members of the alliance.

But Russia’s invasion of Ukraine has forced a rethink of both nations’ policy of military neutrality.

The Article 5 clause of the alliance treaty that declares an attack on one is an attack on all member states is being seen in a new light in both countries as offering stronger protection, should Russia attack.

Summary of Sunday’s events in Russia’s war on Ukraine

Ukrainian President Volodymyr Zelenskyy described a meeting in Kyiv Sunday with US House Speaker Nancy Pelosi as a strong indication of support. Other members of the US Congress accompanied her as part of the delegation.

In his daily televised address, Zelenskyy said Ukrainians “are grateful to all partners who send such important and powerful signals of support by visiting our capital at such a difficult time.”

Ukrainian Foreign Minister Dmytro Kuleba told German newspaper Frankfurter Allgemeine Zeitung that Germany’s response to the war in Ukraine has been hesitant, compared to that of other European nations.

Kuleba said that should Russia win the war, “Europe will not enjoy stability and security for decades.”

The diplomat also sat for a lengthy interview with Chinese state media, a rare move for China considering its reluctance to condemn Russia’s invasion of Ukraine. In the interview, Kuleba asked China to be Ukraine’s “security guarantor,” referring to a 2013 promise from Beijing to act in that capacity should Kyiv ever be under threat.

German Chancellor Olaf Scholz defended his policy of sending weapons to Ukraine so the country can defend itself against Russian aggression.

A planned operation to evacuate civilians from parts of Mariupol outside the Azovstal steel works on Sunday was postponed to Monday morning. The evacuees in the UN-brokered “safe passage operation” will be taken to Zaporizhzhia, northwest of Mariupol.

It is separate to an evacuation operation that saw dozens of civilians leave the strategic port city’s besieged Azovstal steel plant on Sunday. Zelenskyy said around 100 people had managed to leave the complex.

UK military intelligence said Russia may aim to exert a strong political and economic influence on the Ukrainian city of Kherson after initiating a currency change to the ruble and ruling out its return to Ukrainian control.

Russia claimed a fire broke out at a Russian Defense Ministry facility in the Belgorod region bordering Ukraine.