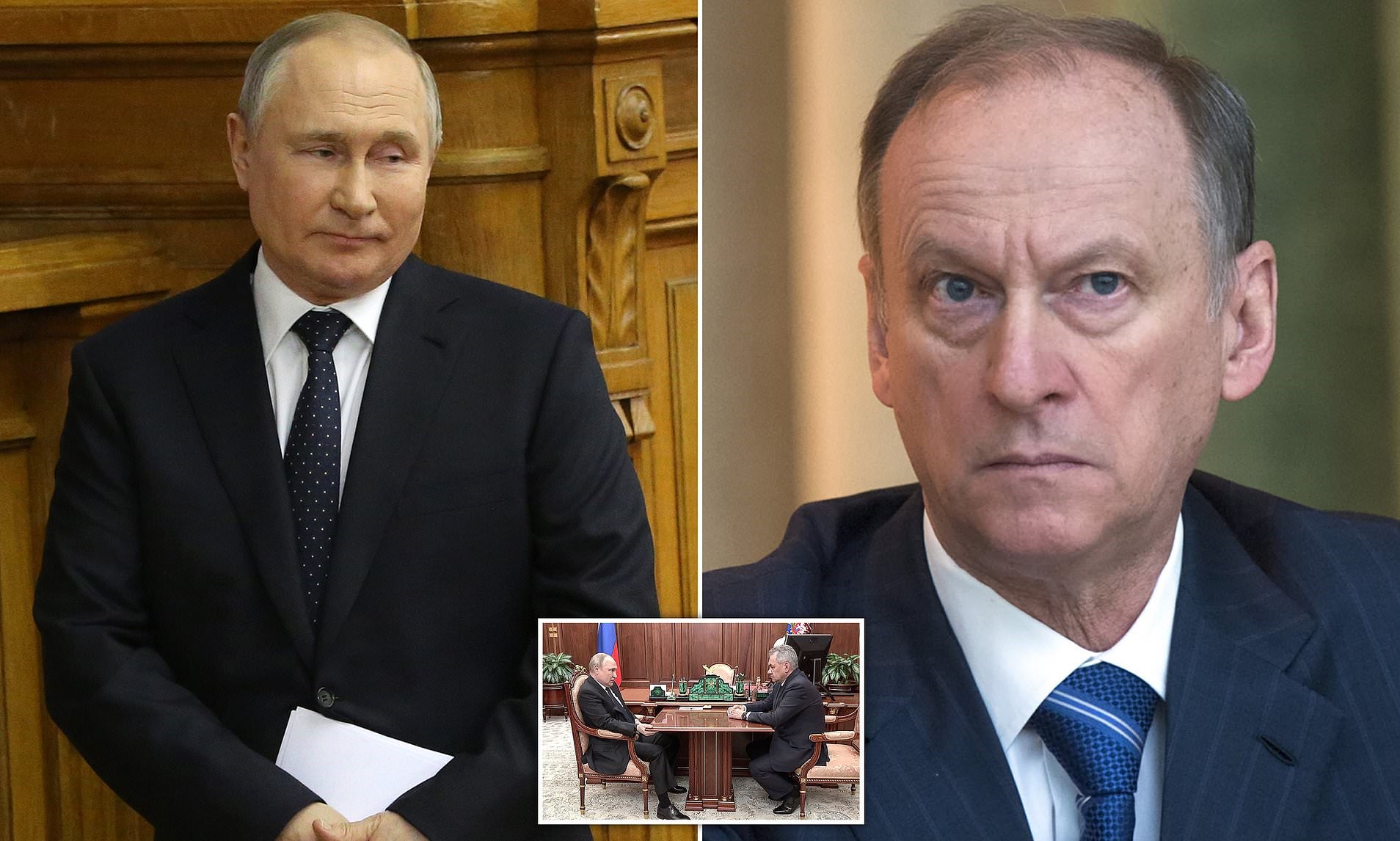 Russian President Vladimir Putin may be forced to give up control of the war in Ukraine for days as he is set for cancer surgery, and will reportedly nominate hardline former FSB chief Nikolai Patrushev to take temporary control of the invasion while he is under the knife, a Kremlin insider has claimed.

Patrushev, the 70-year-old incumbent Secretary of Russia’s Security Council, is seen as a key architect of the war strategy so far, and the man who convinced Putin that Kiev is awash with neo-Nazis, said a Daily Mail report.

The extraordinary claims appeared on popular Telegram channel General SVR, which says its source is a well-placed figure in the Kremlin, the report added.

“I don’t know for exactly how long (Putin will be incapacitated after the surgery)… I think it’ll be for a short time,” the insider source was quoted as saying.

Putin was “unlikely to agree to transfer power” but was ready to put in place a “charge d’affaires” to control Russia and the war effort.

“So, while Putin has the operation and comes to his senses, likely two or three days, the actual control of the country passes only to Patrushev,” the source added.

Such a move would be surprising since under the Russian constitution, power should pass solely to the Prime Minister, the Daily Mail reported.

General SVR reported that Putin has abdominal cancer and Parkinson’s 18 months ago.

He has reportedly delayed surgery, which will now not take place before the Victory Day commemoration of Russia’s World War Two victory in Red Square on May 9, Daily Mail reported.

The news comes amid speculation that Putin will launch an all-out war across Ukraine and order mass mobilisation of military-age men, a considerable political risk.

The surgery had been scheduled for the second half of April but was delayed, SVR claimed.

“Putin was recommended to undergo surgery, the date of which is being discussed and agreed,” the outlet stated.
“There seems to be no particular urgency, but it cannot be delayed either.”

He also suffers from “Parkinson’s disease and schizoaffective disorder”, which carries symptoms of schizophrenia including hallucinations and mania.

The Kremlin has always strongly denied Putin has medical problems and portrays he is in robust health, even as he has been mysteriously absent in recent years, the Daily Mail reported.

In a video detailing General SVR’s claims, the outlet’s source, supposedly an anonymous former high-ranking Kremlin military figure, said: “Putin has discussed that he will be undergoing medical procedures.”