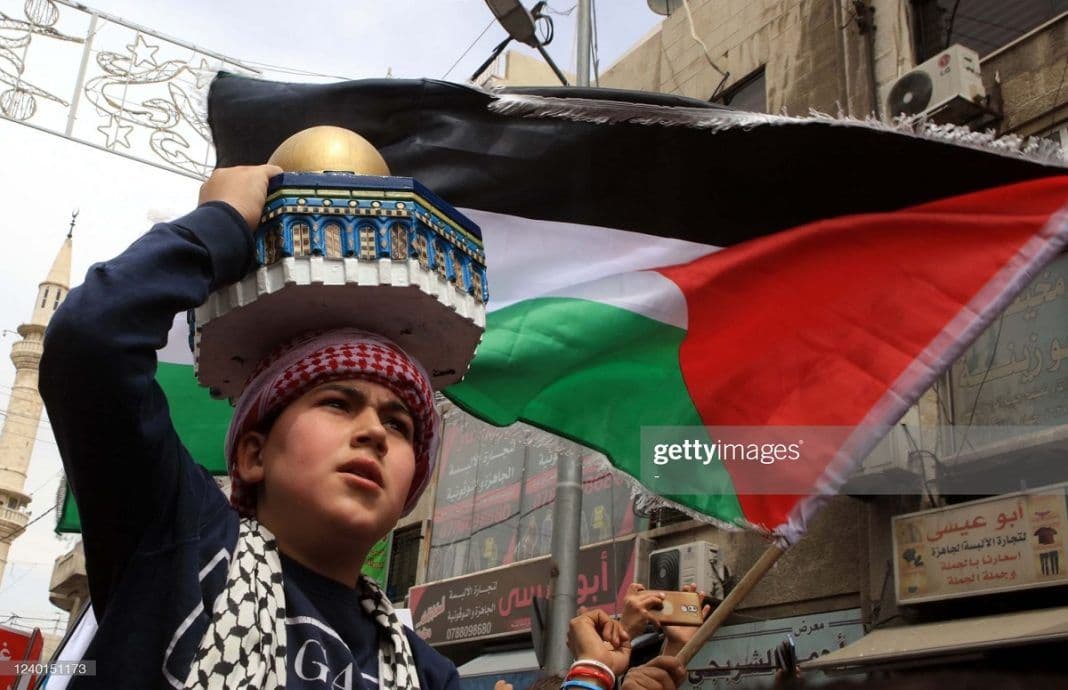 Quds Day, officially called International Quds Day is an annual event held on the last Friday of Ramadan that was initiated by the Islamic Republic of Iran in 1979 to express support for the Palestinians and oppose Zionism and Israel.

Quds Day is also held in several other countries, mainly in the Arab and Muslim world, with protests against Israel’s occupation of East Jerusalem. Rallies are held in various cities by both Muslim and non-Muslim communities around the world.

An annual anti-Zionist day of protest was invented by the leader of the Iranian Revolution, Ruhollah Khomeini. on August 7, 1979, he declared the last Friday of the holy month of Ramadan each year as Quds Day, in which Muslims worldwide would unite in solidarity against Israel and in support of the Palestinians. Khomeini declared the “liberation” of Jerusalem a religious duty to all Muslims. That day, he stated:

I invite Muslims all over the globe to consecrate the last Friday of the holy month of Ramadan as Al-Quds Day and to proclaim the international solidarity of Muslims in support of the legitimate rights of the Muslim people of Palestine. For many years, I have been notifying the Muslims of the danger posed by the usurper Israel which today has intensified its savage attacks against the Palestinian brothers and sisters, and which, in the south of Lebanon in particular, is continually bombing Palestinian homes in the hope of crushing the Palestinian struggle. I ask all the Muslims of the world and the Muslim governments to join together to sever the hand of this usurper and its supporters. I call on all the Muslims of the world to select Al-Quds Day as the last Friday in the holy month of Ramadan—which is itself a determining period and can also be the determiner of the Palestinian people’s fate—and through a ceremony demonstrating the solidarity of Muslims worldwide, announce their support for the legitimate rights of the Muslim people. I ask God Almighty for the victory of the Muslims over the infidels.

Iran celebrates the event characteristically by putting on public display poster images of the city of Quds (Jerusalem) thematic speeches, art exhibitions reflecting the issue, and folkloric events. In Lebanon, the Hezbollah organization marks the occasion with a substantive military parade organized for the last week of Ramadan. Since 1989, the Hashemite Kingdom of Jordan observes the event by hosting academic conferences, whose venue from university to university varies each year. Arab societies generally pay the occasional lip service in order to make a show of solidarity with the cause of Palestinian aspirations for nationhood.

The day is also marked throughout Muslim and Arab countries. During the First Intifada in January 1988, the Jerusalem Committee of the Organisation of the Islamic Conference decided that Quds Day should be commemorated in public events throughout the Arab world. In countries with significant Shi’a populations, particularly Lebanon, where Hezbollah organizes Quds Day observances, there is significant attendance at the day’s events.

Events are also held in Iraq, the Palestinian Gaza Strip, and Syria. Hamas and the Islamic Jihad Movement in Palestine endorse Quds Day and hold ceremonies. Outside of the Middle East and the wider Arab World, Quds Day protests have taken place in the United Kingdom, Germany, Canada, Sweden, France, the United States, as well as some predominantly Muslim countries in east Asia.