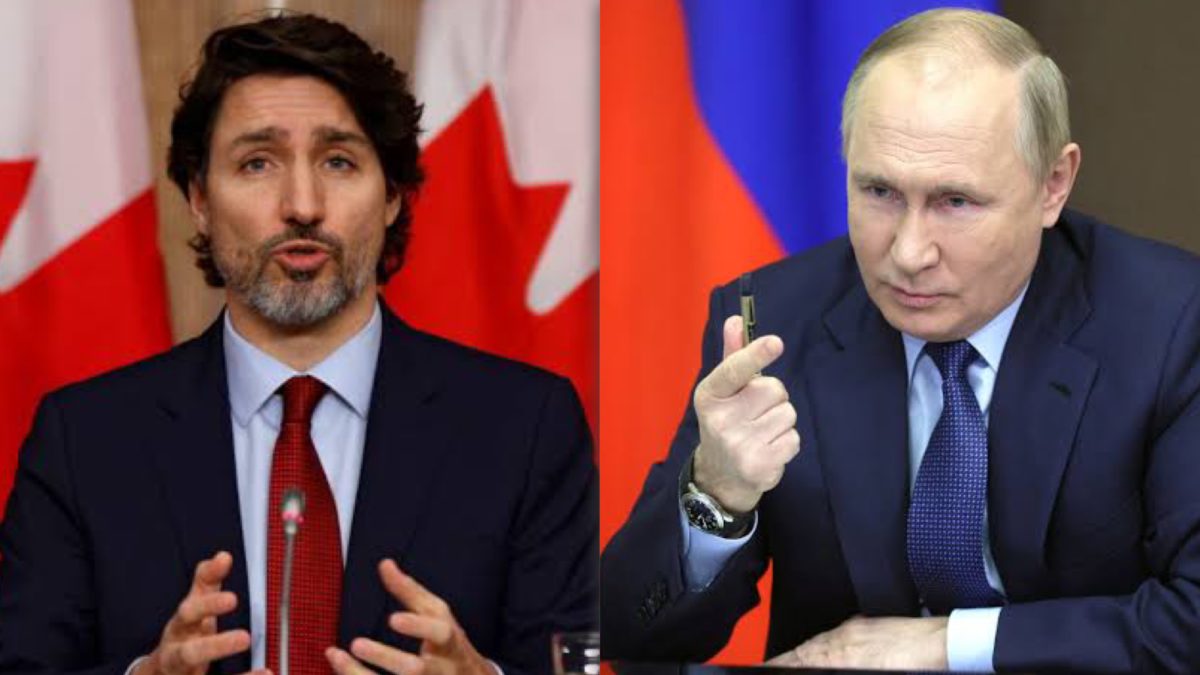 Canada has imposed sanctions on more than 200 people who are loyal to Russian President Vladimir Putin in Ukraine’s eastern Donbas region.

Global Affairs Canada says the new measures target 11 senior officials and 192 other members of the People’s Councils of the self-proclaimed People’s Republics of Luhansk and Donetsk for supporting Putin’s attack on the area.

Russian forces have been backing separatist rebels in the Donbas area for eight years following Russia’s annexation of the Crimean Peninsula in 2014.

That Russian-backed separatist insurgency claimed 14,000 lives before the Feb. 24 start of Putin’s full-scale war to take over the country, an attack that has faltered in the face of a determined Ukrainian resistance backed with Western weaponry.

Putin has now refocused his war on Ukraine’s mainly Russian-speaking eastern region, pulling back from an unsuccessful attempt to take the capital Kyiv and drive out the government of President Volodymyr Zelenskyy.

The Canadian sanctions are focused on the renewed Russian attempt to annex areas of the Donbas by targeting people attempting to support the next phase of the two-month-old Russian war on Ukraine.

“Canada will not stand idly by and watch President Putin and his accomplices attempt to redraw the borders of Ukraine with impunity. International law must be respected,” Foreign Affairs Minister Mélanie Joly said in a statement.

“Canada is using every tool at its disposal to ensure that the rules-based international order is upheld and that those complicit in violations of international law answer for their crimes.”

Canada has sanctioned more than 1,000 people or entities from Russia, Ukraine and Belarus since the Feb. 24 invasion, bringing to 1,400 the total that have been sanctioned since the 2014 annexation of Crimea.

On Tuesday, Joly indicated the Liberal government is set to introduce legislation that would allow sanctioned and frozen assets to be repurposed to help support victims.

“We are seeking the capacity to not only seize but to allow for the forfeiture of the assets of sanctioned individuals and entities and to allow us to compensate victims with the proceeds. These changes would make Canada’s sanctions regime the first in the G7 to allow these actions,” Joly said in a statement.

“Already, sanctions are crippling Russia’s economy and are depleting the resources Putin has to continue his illegal war. We will continue to apply maximum pressure on the Putin regime and impose severe costs for this war of choice.”

Sen. Ratna Omidvar has a bill with that goal that is currently at third reading in the Senate.

Joly spoke Tuesday with U.S. Secretary of State Antony Blinken as the pair reaffirmed their ongoing support of Ukraine.

Defence Minister Anita Anand will be in Washington later this week for in-person meetings with U.S. Defense Secretary Lloyd Austin at the Pentagon.