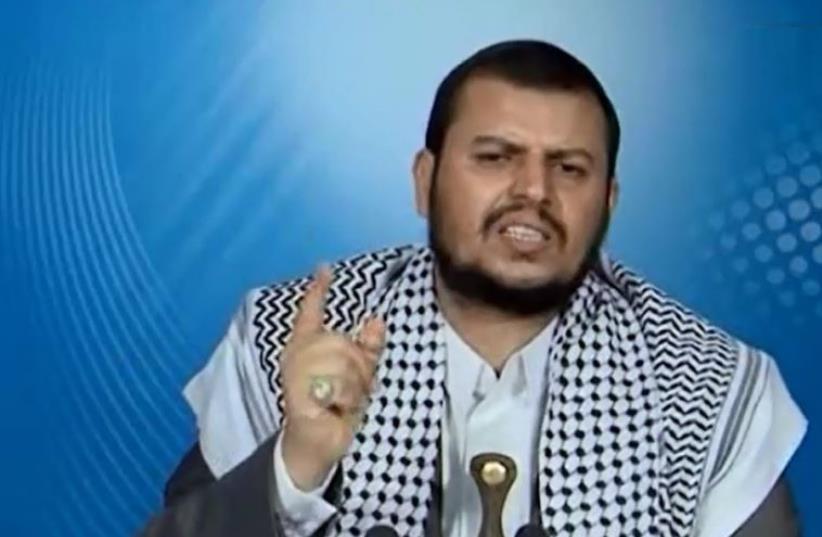 The leader of Yemen’s Ansarullah Resistance Movement has described the Quds Day as a day to take a serious move in line with supporting Palestine.

Speaking during the online meeting attended by different Resistance figures from across the region ahead of the International Quds Day on Tuesday titled “Unified Platform” event leader of Yemen’s Ansarullah Resistance Movement Abdul-Malik Badruldeen al-Houthi said that the International Day of Quds is an important occasion to remind the responsibility of Islamic Ummah towards Palestine and the uprising of the Islamic Ummah to take a serious move in line with supporting the oppressed Palestinian people, according to Almasirah TV website.

International Day of Quds is an important occasion for establishing unity and amity with Palestinian people and a unified position should be adopted on this auspicious occasion, he emphasized.

The issue of Palestine is one of the most transparent issues that is not ambiguous and this is acknowledged by entire Muslim Ummah, Ansarullah leader added.

READ ALSO: The US won’t rule out military action if China builds a military base in the Solomon Islands

The Muslim Ummah has a consensus on retaking of the holy places and cleansing of Palestinian lands from Zionists is a responsibility on the shoulders of all Muslims throughout the world, he said, adding that this right is an important factor in adopting a united position in support of the Palestinian people.

Zionist regime is on the verge of annihilation and victory is certain in a way that collapse of the Zionist regime has been disclosed and its leaders have acknowledged it, he added.

What Is The Quds Day?

The International Quds Day as a great occasion and symbol of unity, respecting religious values and fighting injustice among Muslims and even non Muslims around the globe, was founded by the late founder of the Islamic Republic of Iran, Ayatollah Imam Ruhollah Khomeini, after culmination of the Islamic Revolution in 1979.

He proposed to name the last Friday of the holy month of Ramazan as ‘Quds Day’ and called upon all muslims and freedom seekers for an international solidarity in supporting legal rights of Palestinians and all the oppressed people. So Quds Day is pushing for an exceptional and unique stand against the arrogants and all those who abuse or violate human rights in every corner of the world.

This brilliant initiative has led to mass demonstration and gatherings in constant voicing and defending the legitimate rights of the oppressed people of Palestine, because as long as Ramadan is celebrated, Quds Day and the Palestine cause will be commemorated and kept alive. Hence, this Day has become a significant symbol of global resistance movement against occupation, terrorism, apartheid and injustice in the global order.

This year due to coronavirus pandemic, Muslims and freedom seekers around the world are using social media and virtual means for keeping the Quds Day alive to show that even at the height of the pandemic, no event can neither dilute attentions to the decades of state terrorism & injustice facing the Palestinian people, the occupation of al-Quds and the annexation of more land, nor undermine efforts on growing awareness of people around the world about this ongoing cause.

Today as the coronavirus continues to occupy the global public opinion, Israeli’s regime continues to occupy more parts of Palestinian lands by using its old and well -known inhumane tactics. This regime which is a clear manifestation of Apartheid and respects no internationally recognized norms is using the coronavirus pandemic and taking advantage of the situation, is working on annexing the occupied Jordan Valley, and parts of the occupied West Bank.

This case for Palestine is undoubtedly a trial to humanity and the Palestinian issue should be a priority to the world and the region with the hope that the world eventually would realize that the Zionists are not a trusted friend and partner and all should get united to help Palestinians in their continued struggle for legitimate rights.

We believe that Quds belongs to Palestinians and history shows that whomever ignores this, is doomed to failure. Therefore, normalization deals have drawn widespread condemnation from Palestinians and many others as a move which is obviously ignoring their rights and the historical facts.

Ironically, some people claim the normalization deal may be considered as a means to stop the annexation plans in the West Bank and bring peace to the region. Nevertheless, Israeli’s regime is still going ahead with its expansion plans and moves ahead toward solidifying the de facto annexation of the West Bank. For the first time since the conclusion of normalization deals, this regime has approved the construction of over 1,300 new settler units across the occupied West Bank. Therefore, such a deal only will encourage the occupation and validate Israeli forces’ crimes against the Palestinians and humanity.

Undoubtedly, no one is opposed to a real and just peace deal, but under which narrative, is the matter to the stability of the region and world. So far, the root cause of Palestine issue has been denial of justice and the countless instances show that from the day of its illegal establishment, Zionist regime has continuously demolished homes, killed and displaced millions of Palestinians. Therefore, the right and legitimate narrative necessitates that the peace-building cannot be visualized on the unstable ground of injustice and human rights abuse and the Peace rolls out only where and when there is no hostility, occupation ,violence and genocide.

In contrast, while international laws stipulate the right of people to resist colonialism, occupation and racism, Israeli regime and its western allies through a tricky distorted narrative based on linking and equating resistance with terrorism and extremism try to distract the world public opinion from the truth of Israeli crimes, and instead, to criminalize legitimate resistance.

In fact, by pushing such a wrong concept, Israel and its allies are targeting the resistance movement forces in the region in order to suppress them and then to facilitate Israel’s dominance over the Palestinian territories and the whole region.

The full and one-sided support of the US and Western allies for the Zionist regime since its establishing in 1948 has led to the killing of more than 100,000 civilians, and 2,100 children, incarceration of 4,400 Palestinians and 7,200,000 refugees in the region and beyond.

The bottom line is that even though peace building is essential for stability in the Middle East, it should be built on the basis of justice, not on treason and breaching the covenants. Unfortunately, today peace has practically been equated with injustice, and historical events are clear evidences that Israeli’s regime has never respected its international obligations, nor accepted the Palestinian people’s rights in spite of several so-called peace agreements. Therefore, the only way is a worldwide resistance to ensure the rights of Palestinian people. That’s why upholding the International Quds Day is important for all justice and freedom seekers, in particular the Muslims across the globe to keep alive the Palestine cause and to maintain the precious values of humanity.