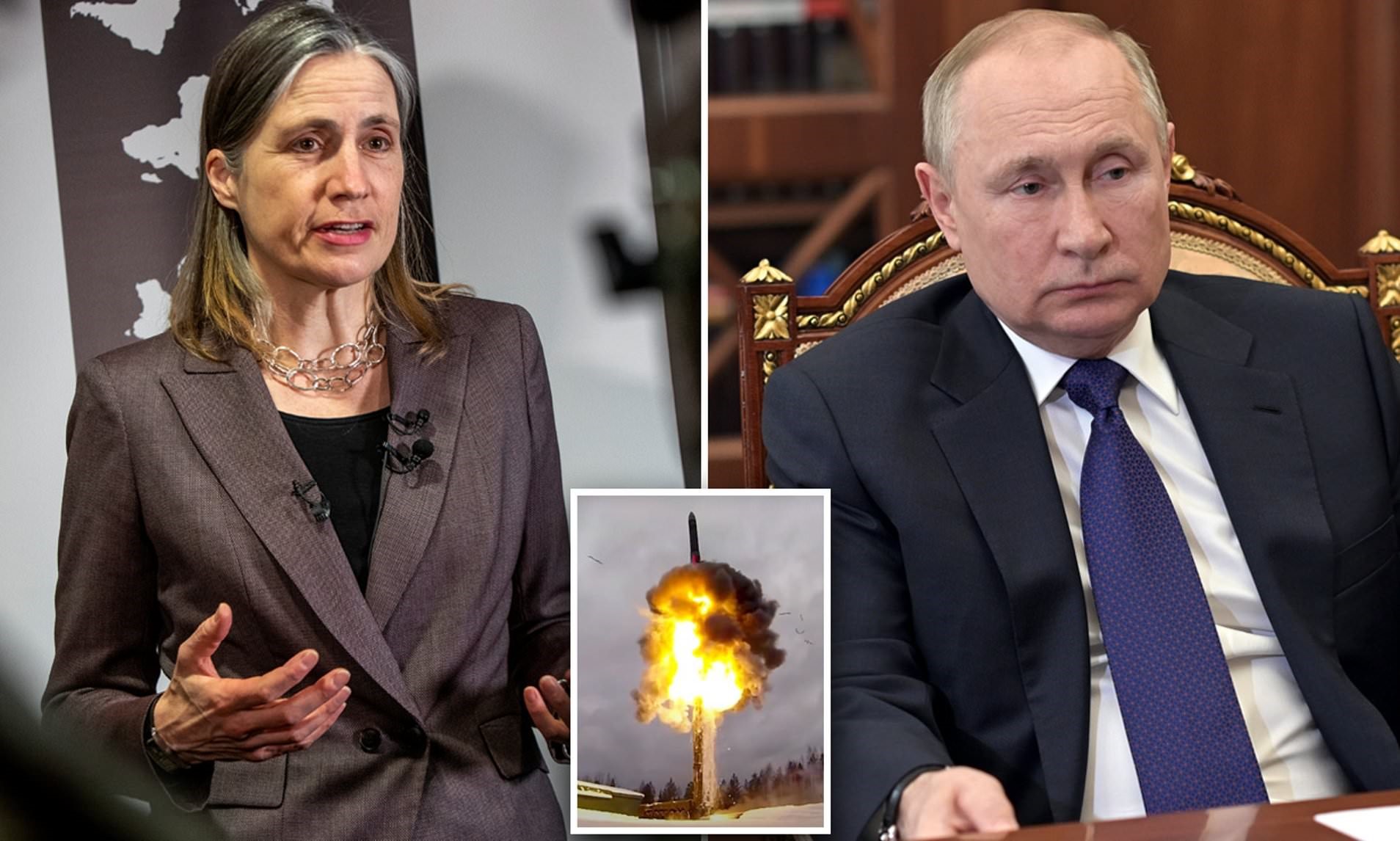 A former adviser to President Donald Trump believes that Russian President Vladimir Putin using nuclear weapons in Ukraine is within the realm of possibility.

Fiona Hill, the former senior director for the European and Russian affairs on the National Security Council, appeared on a Times Radio podcast Tuesday and gave her assessment of the Russian-Ukraine situation.

At one point during the segment, Hill was asked to what extremes she believes Putin would go in Ukraine following the invasion in late February and whether he would use nuclear weapons. Last week, Russian Foreign Minister Sergei Lavrov said that Russia using them was an option.

“Of course he [Putin] would. And the thing is, he’s already rhetorically done it, right?” Hill said. “He’s put us in a position that we’ve never been before with the Soviet Union and Russia, even going back to the Cold War when we knew that part of the military doctrine was to use military weapons and biological and chemical weapons, as well, in extreme circumstances in the context of an existential threat to the Soviet Union, which there isn’t right now to Russia.”

She went on to compare Putin’s tactics in Ukraine with those of another leader.

“What Putin is doing is the same thing as Kim Jong Un in North Korea, which is basically, ‘look, if you don’t do X, Y and Z, or, you know, release me from sanctions or send me through to whatever…I’m gonna blow you up with a nuclear weapon,'” Hill said.

Putin said during a meeting with United Nations Secretary-General Antonio Guterres this week that a peace deal is out of the question unless Ukraine agreed to “solve the issues of Crimea and Donbas” to a point where Ukraine would no longer have control of those locations.

Putin’s demands appear to have put any kind of a peace deal between the two countries in jeopardy permanently giving up Crimea and Donbas is something that Ukrainian President Volodymyr Zelensky said would end any peace talks.

The Russian people have been hit hard financially since the start of the invasion in late February. Inflation is expected to increase drastically by the end of the year, with some estimates showing it could hit more than 20 percent in the 2022/2023 financial year, according to Alexei Kurdrin, chairman of Russia’s accounts chamber.

Hill was asked about Russia’s military struggles since the start of the invasion as the Ukrainians refuse to give in to Putin.

“We talk about him being put into a corner, he’s doing that himself. He [Putin] is the man that decided to invade Ukraine, to teach them a lesson and everybody else a lesson because the Ukrainians refusing to, you know, bow to the authority of Moscow or refusing to admit to being Russians and somehow under the sovereignty of, you know, the direction of Moscow and Russia in some way,” Hill said.

In addition to Hill’s comments about Russia and the use of nuclear weapons, Zelensky said that Putin and the Russian government were using the possibility to “blackmail the world.”

Newsweek reached out to Hill and the Russian Foreign Ministry for comment.