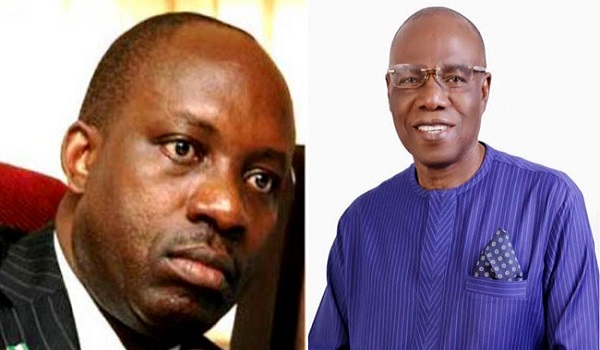 The candidates are Senator Ugochukwu Uba of the Peoples Democratic Party (PDP) and Prof Chukwuma Soludo for the All Progressives Grand Alliance (APGA).

Justice Obiora Nwabunike, who adjudicated on the case involving Uba, Valentine Ozigbo and the PDP, said the party erred by using what it called ‘super delegates’ without vacating a pending order by an Abuja court.

The judge held: “With the evidence before me and having heard from parties involved in the matter, I rule that Ugochukwu Uba is the duly elected candidate of PDP

“So, it was wrong for the PDP to go ahead to conduct the primary election at the Dora Akunyili Women’s Development Centre that produced Valentine Ozigbo, with what they called super delegates against a live judgment of a court, without overturning the judgement.

“That action cannot be vitiated or mitigated by the argument adduced by defence counsel that party primaries are internal affairs of political parties.

“I order that Ugochukwu Uba’s name should be enlisted by the INEC without further delay and the defendants should pay a cost of N10million to the applicant.”

In the other case, Justice C.C. Okaa reinstated Prof Soludo as the APGA candidate and ordered INEC to publish his name immediately.

The Court also ordered INEC to remove the already-published name of Chukwuma Umeoji, ordering him to stop parading himself as the candidate of APGA

Justice Okaa reaffirmed Victor Ike Oye as the indisputable National Chairman of APGA and ordered Edozie Njoku and Jude Okeke to stop parading themselves as national chairmen of APGA.

The Jude Okeke-led APGA national executive kicked against the ruling reinstating Soludo as the party’s candidate.

The faction’s National Publicity Secretary, Ikechukwu Chukwunyere, told reporters at a briefing in Abuja that an order by a High Court in Jigawa State was still subsisting.

He said: “We have invited you here today to brief you on the happenings in our party and the desperation of some anti-democratic forces to desecrate the judiciary and jettison the rule of law principle which is fundamental in a democracy.

“On Friday, 16th July 2021, the Independent National Electoral Commission published the list of candidates for the Anambra State Governorship election in line with the provisions of the Electoral Act and INEC guidelines for the election.

“In compliance with the judgment of two competent High Courts, INEC published the name of Hon. Chukwuma Umeoji, a member of the Federal House of Representatives, as the valid and duly nominated candidate of our great party.

“All institutions of state must obey the judgment of courts; that is the position of the law.

“A case was filed by the Victor Oye-camp without notifying the Jude Okeke group. We heard of it on Friday, quickly mobilised our lawyers to apply to join the case but the judge refused because allowing the joinder would mean taking an adjournment for consequential amendment of the processes to reflect the new names joined.

“The judge dismissed the motion even when no lawyer in the case filed anything in opposition.

“Having failed to deliver the judgment on Friday, the judge this morning (yesterday) in a court surrounded by over 150 policemen and soldiers and wherein every person who was not a lawyer was chased out of the court delivered a judgment and predictably granted all the prayers of the applicants and even more.

“They cannot change the position of INEC with it. Hopefully, this matter will be sorted out soon and peace will return to APGA.”