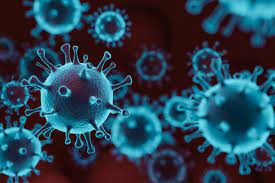 Nigeria has recorded additional 123 new COVID-19 cases, as total infections from the deadly virus rose to 169,329 as of July 17.

The Nigeria Centre for Disease Control (NCDC) made this known on its official website on Sunday morning.
The News Agency of Nigeria (NAN) reports that the new infections indicate a decrease from the 132 cases recorded on Friday.

The NCDC, however, said there with no COVID-19 related death arising from the new cases.

It stated that six patients who had recovered from the disease were discharged from isolation centres.

READ ALSO:  Erdogan gives a speech next to his wife Emine Erdogan during a ceremony at the Complex in Ankara, Turke

The NCDC noted that a total of 2.36 million tests had been carried out as of July 16, compared to 2.32 million tests a day earlier.

The public health institution said that COVID-19 active cases stood at more than 2,000.