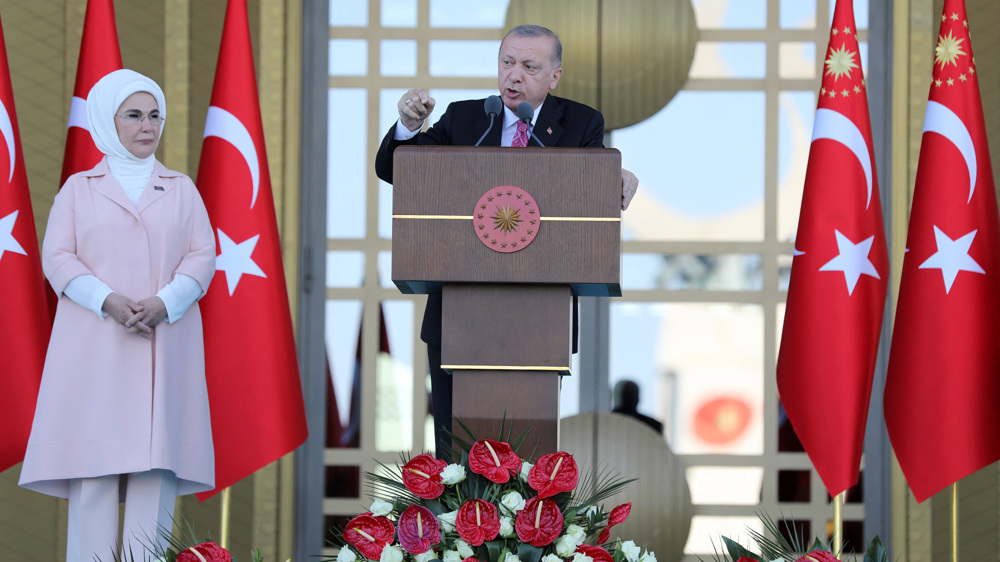 Turkish President Recep Tayyip Erdogan heads to Northern Cyprus to mark the anniversary of Turkey’s 1974 invasion, a visit that is bound to draw the ire of Greek Cypriots.

Erdogan will embark on the two-day trip to the Turkish Cypriot-controlled northern territories on Monday. He is scheduled to meet with Turkish Cypriot President Ersin Tatar to exchange views on the latest developments in the Eastern Mediterranean and bilateral relations.

He will also address a special session of the Turkish Cypriot parliament and attend celebrations of July 20 Peace and Freedom Day.

The visit marks the 47th anniversary of Turkey’s 1974 Peace Operation, which was launched to protect the island’s Turkish Cypriot community following a Greek-backed military coup to annex Cyprus.

Turkey and Greece, both NATO members, have been embroiled in a long-running territorial dispute in the eastern Mediterranean over the region’s resources.

Bilateral relations have fallen into a deepening crisis in recent months. Disagreements over Cyprus, refugee flows, and oil and gas drilling rights in the Mediterranean have for the first time in decades prompted fears of a direct conflict between the two NATO allies.

Erdogan said at the time that Ankara’s “priority is to ensure a fair, lasting and sustainable solution” in Cyprus that ensures Turkish Cypriots have security and legal rights.

“A two-state solution must be negotiated on the basis of sovereign equality,” he said.

Erdogan made the proposal in a visit to the territory in mid-November, in a move that was condemned by Cyprus President Nicos Anastasiades.

Anastasiades called Erdogan’s visit “provocative and illegal,” accusing Ankara of showing “no respect for international law, European principles and values, and its obligations towards the EU.”

He said Erdogan’s visit served to “torpedo” UN-led efforts to work toward resolving “the Cyprus problem” in talks between Greek and Turkish Cypriots, Athens, Ankara and former colonial power London.

The Turkish president’s upcoming visit to the territory is also expected to draw a reaction from authorities in Greek Cyprus, as it has already fueled tensions between the two sides over the treatment of refugee boats.
In a fresh escalation, Cypriot police said the Turkish coastguard fired warning shots in an “aggressive behavior” at one of its vessels patrolling for refugees off the island’s north coast on Friday.

READ ALSO:  Bashar al-Assad addresses the Syrian parliament after taking an oath of officer in Damascus

The government said it was preparing a protest to the United Nations over the incident, which it said was the first of its kind.

A Turkish diplomatic source, however, denied that either the Turkish or the Turkish Cypriot coastguard had fired on any Greek Cypriot vessel.

“A Turkish or a Turkish Republic of Northern Cyprus vessel did not fire at a Greek Cypriot boat. It is not true,” the source told AFP.

The European Union (EU) and Turkey struck a deal in 2016 under which Turkey would hold back refugees hoping to reach Europe via Turkish territory.

In February last year, however, Ankara declared it would no longer stop migrants from trying to cross into Europe.

Thousands of refugees are stuck on the Aegean islands, living in severely overcrowded camps and filthy conditions. Greece was the main gateway for hundreds of thousands of asylum seekers into Europe in 2015-16.