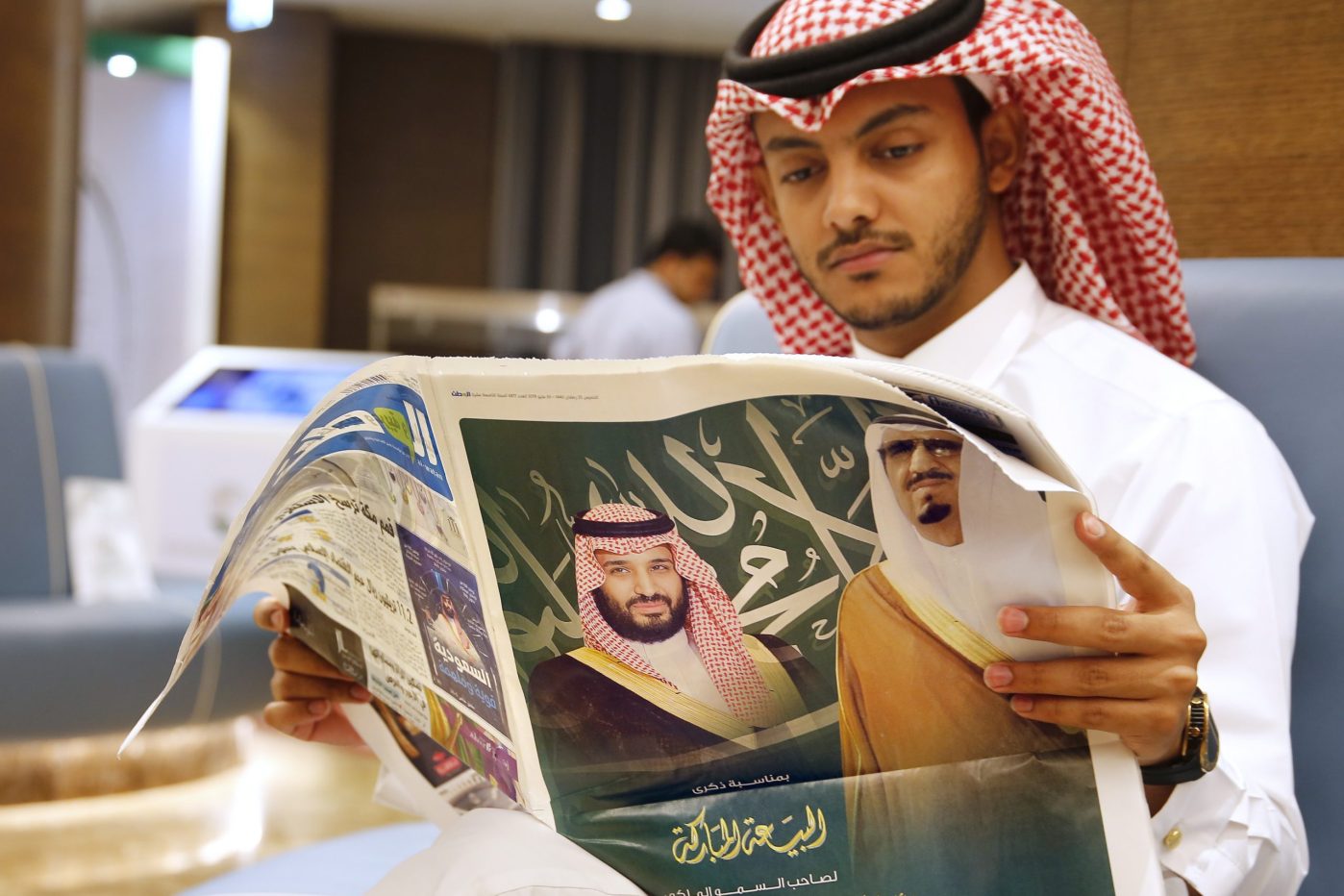 Saudi Arabia is very quietly moving on the path of reconciliation with Iran, but in parallel, it is also allowing an aggressive stance against Iran.

The Arab Gulf State Institute in Washington quoted Eman Alhussein: Saudi Arabia’s recent efforts toward some level of rapprochement with Iran are a departure from a decade of an increasingly assertive foreign policy toward its neighbor to the north. Tensions already heightened by the 2011 Arab Spring unrest, coupled with Saudi concerns over Iran’s intervention and growing influence in Syria’s civil war, increased with the succession of King Salman bin Abdulaziz in 2015. They further escalated throughout the presidency of Donald Trump.

The diplomatic agenda of the new administration of President Biden has encouraged Riyadh to try to de-escalate tensions. This effort began with the Gulf Cooperation Council reconciliation in early 2021. In April, Saudi Crown Prince Mohammed bin Salman changed the tone toward Iran in a widely watched interview, and Saudi and Iranian officials quietly began talks in Baghdad that month. However, while the Saudi leadership is adopting the language of diplomacy, the informal discourse domestically still reflects assertiveness and skepticism vis-à-vis the kingdom’s regional rival.

He added: The recent steps to ease tensions come after years of steady escalation between Saudi Arabia and Iran. In 2016, Saudi Arabia cut diplomatic ties with Iran after growing tensions following the kingdom’s execution of Shia cleric Nimr al-Nimr and the ransacking of the Saudi Embassy by protesters in Tehran in response. In 2017, Mohammed bin Salman strongly criticized Iran’s supreme leader and threatened that if Iran was successful in developing nuclear weapons Saudi Arabia would acquire its own. However, Saudi Arabia’s concerns have increasingly shifted from Iran’s nuclear capabilities to its ballistic missiles and proxy forces. Particularly worrisome for the Saudis are missile and drone attacks by Iranian-backed Houthi in Yemen against the kingdom’s energy and other infrastructure.

Saudi hypernationalism and enmity with Iran

Alhussein insists that: Saudi public sentiment, increasingly hypernationalism, has encouraged a hostile tone toward regional rivals in recent years. This aggressive tone has been evident with Saudi analysts in state-owned newspapers and on social media. Opinions expressed by Saudi commentators usually do not diverge from the state’s official line in any significant degree. That Saudi leaders have allowed for an informal aggressive discourse, at odds with an official discourse focused on supporting nascent rapprochement efforts, shows the state’s parallel approaches: one promoting diplomacy and dialogue and another underpinning continued assertiveness toward Iran and suspicions about its motives.

Interestingly, Saudi analysts have played down the Shia-Sunni divide, arguing that sectarianism should not be seen as a factor for the sustained recent spike in tensions between Saudi Arabia and Iran. This perspective diverges from the traditional religious approach evident in a broad range of Saudi discourse in the past. The Saudi leadership’s new approach, based on “moderate Islam,” is part of its push to ease social restrictions and improve its image in the West. Saudi discourse has shifted from depicting Iran as led by a Shia theocracy intent on exporting revolution to a focus on the Iranian regime’s efforts to establish a military doctrine through its network of militias and proxies.

The kingdom’s increasing insecurity, especially with the rise of Houthi attacks, has also prompted hostility toward Iran. While Iranian leaders claim to be seeking dialogue and coexistence with Gulf neighbors.

Regional insecurity and disappointment from the US

He added: More recently, some Saudi commentators have increased their criticism of the United States as Washington has rekindled negotiations with Iran. Many commentators see the Biden administration as a continuation of the era of former President Barack Obama, with a “maximum appeasement strategy” toward Iran according to one analyst. The ongoing indirect nuclear talks in Vienna and the withdrawal of antimissile systems from the Middle East and U.S. troops from Afghanistan have confirmed Saudi concerns of a changing U.S. approach toward the broader region. One columnist suggested that the United States would change its “moral standards according to its political and economic interests” in order to find a way to accommodate the new Iranian president.

Saudi Arabia’s dual approach of rapprochement and assertiveness has not been reserved just for Iran but has also been employed for other regional rivals. Despite the reconciliation agreement signed at Al Ula ending the rift with Qatar and the recent arrival of a new Saudi ambassador in Doha, the informal, media discourse still treats Qatar’s regional role with skepticism. Similarly, how Saudis have treated the relationship with Turkey has fluctuated between the two approaches. Having dramatically deteriorated after the murder of Saudi journalist Jamal Khashoggi, the relationship reached an all-time low when the Saudi business community called for a boycott of Turkish imports in 2020. The success in garnering public support for the boycott proved the utility of the assertive line, spearheaded through informal means. Turkey’s recent interest in mending relations has not deterred such criticism against Ankara. However, on the official level, Saudi leaders have made several calls and held meetings with Turkish officials.

Recent efforts toward rapprochement with Iran and other rivals are partially the result of growing domestic security concerns and external pressure toward regional de-escalation. For Saudi leaders, diplomacy is expected to help improve the kingdom’s image and contribute to dialing back distracting regional tensions to the extent possible as they seek to implement economic diversification plans. At the same time, the continuation of an assertive informal media-led discourse serves as a domestic reminder of the kingdom’s need to “enhance its own capabilities to defend itself” in a hostile region, which also strengthens a nationalist discourse that has been helpful in building domestic support for changes in the traditional religious approach. This assertive unofficial discourse regarding Iran is also tied to rising concerns regarding the United States’ long-term outlook on the region, especially under the current Democratic leadership in Washington. Saudi Arabia’s dual approach, split between parallel discourses of rapprochement and assertiveness, is a way for the kingdom to hedge its bets – regionally and domestically.