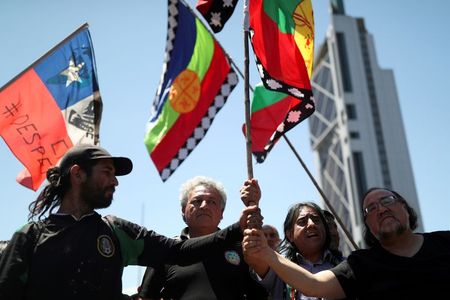 The son of a leader of Chile’s indigenous Mapuche people has been shot dead by police in Araucania province, raising fears of renewed tensions in the region amid efforts to improve relations between the state and its native population.

The shooting on Friday reportedly followed an altercation between police and alleged intruders at a forestry company and is likely to stir up tensions in the restive central province amid decades of complaints by the local indigenous people that their land has been illegally taken over by agriculture and forestry companies acting with state complicity.

Local media outlets identified the victim as 26-year-old Ernesto Llaitul, citing the Chilean prosecutor’s office, noting that he was the son of Hector Llaitul, a Mapuche leader described as a spokesperson for the activist group Coordinadora Arauco – Malleco.

Chile’s Human Rights Institute expressed concerns that the shooting would “further exacerbate the complex situation in the region,” calling for a prompt, deep, and transparent investigation.

In 2018, the grandson of another local indigenous leader was shot in the head during a police operation in a rural community near the town of Ercilla, sparking nationwide protests. Seven police officers were later convicted in connection with that shooting.

“This agreement will transform Chile,” the 58-year-old Loncon vowed with a Mapuche flag in hand, further emphasizing that the new constitution would be representative of the diversity in Chile, meeting the aspirations of all those who make up the Latin American country.

Her election was widely viewed as a significant turnaround since indigenous people of Chile are not recognized in the constitution adopted during the 17-year brutal dictatorship of the US-installed president Augusto Pinochet.

Pinochet was an army general who rose to power in 1973 following a CIA-sponsored coup that toppled the elected government of Salvador Allende.

Memories of Pinochet still continue to haunt most Chilean people who remember the tens of thousands of citizens slaughtered and disappeared under his rule.

Even after his exit from the political scene, Pinochet, who was heavily protected by American and Israeli intelligence agencies, continued to indirectly wield power over Chile through proxies serving as chief executives.

Current Chilean President Sebastian Pinera is also considered by many across the country as subservient to Washington, and it remains to be seen whether he would allow Loncon to draft a fair and all-representative constitution acceptable to the majority of citizens.

According to the latest figures, native Chileans make up nearly 40 percent of the country’s population. However, the white descendants of the colonial Spanish stock who reportedly account for 55 percent of all citizens continue to hold on to executive power in Chile.

The development comes amid recent discoveries of horrific atrocities committed against indigenous children in Canada, reopening old wounds in the British affiliated country about notorious residential schools, run by the Roman Catholic Church on behalf of the state during the 19th and 20th centuries.

In all, 130 boarding schools forcibly separated more than 150,000 indigenous children from their families and had them attend state-funded schools in a campaign aimed at forcibly assimilating minors into Canadian society.

Thousands of children died of disease, malnutrition, neglect, and other causes at the schools, where physical as well as sexual abuse was rife.

Last month, the Cowessess First Nation in Saskatchewan announced the discovery of 751 possible unmarked graves. In May, the Tk’emlúps te Secwe̓pemc said it had discovered 215 unmarked graves, most of which are believed to be children.

In 2008, the Canadian government finally decided to extend a formal apology for the horrible atrocities in committed against the country’s native people.