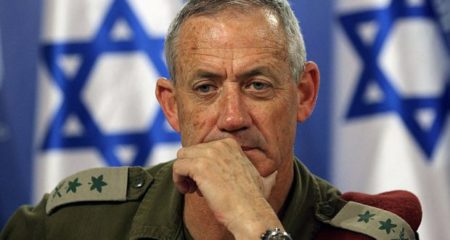 Former Israeli army chief of staff has warned of the threat posed by Hezbollah to the occupying regime, saying the Lebanese resistance movement is in possession of thousands of long-range rockets and dozens or more precision-guided missiles.

Speaking to The Jerusalem Post newspaper, Gadi Eisenkot discussed “the unmatched more than 150,000 rocket threat,” which the group presents to Israel.

Israel had “achievements and also more than a few missteps” in dealing with the threat from Lebanon and Syria over the past 15 years, he said.

The impact of Israeli attacks on Hezbollah during the 2006 war was “that for 15 years there has been a good security situation on the Lebanese border, though at the same time Hezbollah has strengthened its capabilities,” Eisenkot added.

Lebanon fought off two Israeli wars in 2000 and 2006. On both occasions, battleground contribution by Hezbollah proved an indispensable asset, forcing the Israeli military into a retreat.

Lebanon and the occupying entity are technically at war since the latter has kept the Arab country’s Shebaa Farms under occupation since 1967.

Eisenkot further predicted that in a major war between Israel and Hezbollah, Israelis could spend several days in bomb shelters and the damage to Israeli properties could be extensive.

The Israeli army had previously warned that any future war with Hezbollah could lead to much larger casualties, sometimes tossing out numbers like 1,000 dead Israelis.

Elsewhere in his remarks, the retired Israeli chief of staff said Iran’s threat to Israel is central, not existential.

Israel has carried out “substantial operations to frustrate and prevent [Iranian achievements] … and these need to continue,” Eisenkot said.

Over the past years, Tel Aviv has been behind acts of sabotage against Iran’s nuclear program and the assassination of Iranian scientists.

Israel’s strategy towards Palestine ‘not clear’

Eisenkot stressed that Israel’s strategy towards Palestine, especially the besieged Gaza Strip, is not clear.

“The question is being asked, What is Israel’s strategy in the Palestinian arena? Are we going to have indirect talks [toward a long-term ceasefire], or do we see them [the Hamas resistance group] as a brutal enemy that needs to be toppled?” he said.

Part of the problem is the strategy “is not clear enough in the general Palestinian arena or with Gaza specifically,” which ends up leaving the Israeli army, the Shin Bet spy agency, and others to pick up the pieces when conflict reignites.

Tel Aviv launched the bombing campaign against Gaza on May 10, after Palestinians retaliated against violent raids on worshipers at the al-Aqsa Mosque and the regime’s plans to force a number of Palestinian families out of their homes at Sheikh Jarrah neighborhood of East Jerusalem al-Quds.

Hamas and Islamic Jihad did not sit idly by and fired 4,300 rockets towards different cities in the occupied lands during the war, which ended on May 21 after Israel announced a unilateral ceasefire that the Gaza-based resistance groups accepted with Egyptian mediation.

Israeli media admitted at least 13 Israelis were killed in the panic-stricken occupied territories and 357 others were injured, suggesting that the regime’s much-publicized “Iron Dome” missile system had failed in the face of the massive rocket fire.

According to Gaza’s Health Ministry, at least 260 Palestinians were killed in the Israeli offensive, including 66 children and 39 women, and 1948 others were wounded.