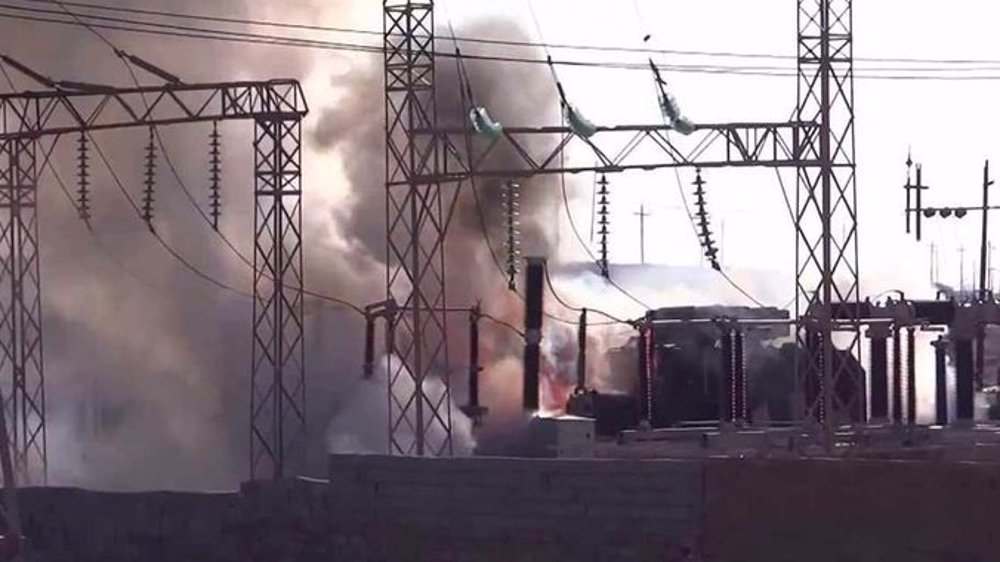 “With definitive evidence, we have concluded that the Saudi intelligence agency is behind the acts of sabotage against Iraqi transmission towers,” the group said in a statement.

Kata’ib Hezbollah — which is part of the country’s Popular Mobilization Units (PMU) or Hashd al-Sha’abi — added that the Riyadh regime is seeking to throw Iraq into chaos again and revive the Takfiri Daesh terrorist group through such destructive moves.

The Iraqi resistance group said Saudi Arabia is offering assistance to ease Iraq’s power crisis while targeting its power towers as part of failed attempts to paint itself as a “savior” and erase its criminal record.

It said Israeli, US, and Saudi networks have launched a propaganda campaign to misinform and mislead the public opinion about the root cause of the attacks on power towers and clean up Riyadh’s image.

Iraq’s electricity lines have been targeted repeatedly in the past few months, mostly in the territories where Daesh remnants still pose a threat, whereas the terrorist group had already been crushed across the Arab country through a joint effort by Iraq’s army, resistance groups, and other regional actors.

Back on June 28, Iraq’s Electricity Ministry announced that the country’s Salah al-Din Power Station in the holy city of Samarra had been targeted by a barrage of Katyusha rockets, causing severe damage to parts of the generating unit. Daesh later claimed responsibility for the attack.

Several Iraqi power towers along the electricity transfer line from the eastern Diyala province to eastern Baghdad were also damaged in subsequent explosions.

Earlier last month, the Iraqi ministry said a major power line in the northern province of Kirkuk was out of service after an act of “sabotage” targeted two nearby electricity pylons.

READ ALSO:  American IT firm Kaseya says it has been hit by a cyber-attack

Residents of Baghdad say their lives have become intolerable as power outages continue across much of the country, where summer temperatures reach over 50 degrees Celsius.

The recent attacks on Iraq’s power distribution facilities coincide with the recent deadly US airstrikes on Iraqi resistance groups on the Iraq-Syria border.

Observers regard the targeting of the headquarters of the 14th Brigade of the Hashd al-Sha’abi as Washington’s efforts to revitalize Daesh and, in turn, prolong its illegal occupation of Iraq under the pretext of fighting the terrorist group.

In recent years, the US has conducted numerous strikes against PMU forces. The significance of Iraqi resistance forces has been demonstrated by the fact that President Joe Biden ordered a military strike against the PMU back in February. The air raid was Pentagon’s first only a month into his presidency.