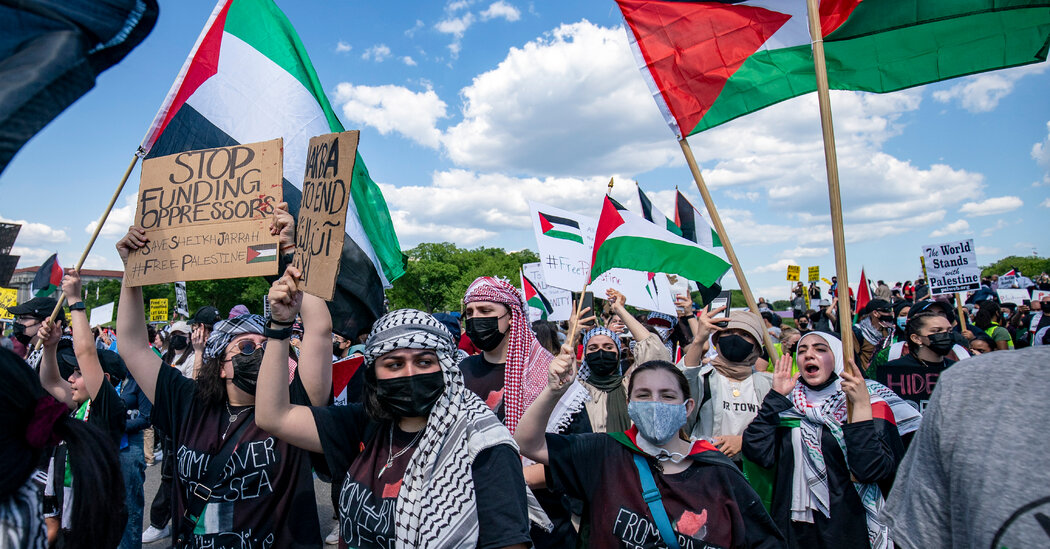 The Gaza-based Hamas resistance group has condemned Palestinian Authority (PA) security forces for cracking down on their compatriots protesting the suspicious death of an activist in PA custody in the occupied West Bank, praising the demonstrators for braving the repression campaign to uphold their right to free speech.

“The way out of the current dead-end is not repression, violation of freedoms, and insult against the leaders of the people and elites. Rather, it is listening to the voice of reason, restoring rights to their owners, and holding criminals accountable,” Hamas told the PA in a statement on Tuesday.

The movement blamed the PA and its president, Mahmoud Abbas, for the health condition of Alaa al-Rimawi, a Palestinian journalist who runs the J-Media network and works as a correspondent for the Qatari TV channel Al Jazeera Mubasher.

On Sunday, the Palestinian Public Prosecution issued an arrest order for al-Rimawi, after a complaint related to “ascending the pulpit of the Wasaya al-Rasool Mosque [in Hebron] during the funeral of Palestinian opposition activist Nizar Banat.”

Al-Rimawi went on hunger strike on Sunday and was released later on Tuesday.

Hamas further condemned the arrests of male and female activists in the occupied West Bank who were protesting against Banat’s death in custody.

In its statement, Hamas also praised the Palestinian demonstrators and said, “Greetings to the knights of free speech and activists of [different] movements who insist on fulfilling their mission [of defending the freedom of expression], despite all the threats and repression.”
On Monday, the Palestinian Authority arrested more than 20 Palestinians in a rally held at Al-Manarah Square in Ramallah over Banat’s death.

Several activists, including researchers Khalid Odetallah and Ubai Al-Aboudi, political activist Omar Assaf, Tayseer Mustafa, brother of the assassinated leader of the Popular Front for the Liberation, and medical doctor Osama Budair, were arrested on the site and the rally was dispersed before it could begin.

The security forces also attacked the detainees’ families who staged a sit-in protest in front of the police center, using batons and pepper spray and arrested some of them.

Shawan Jabarin, the director of the al-Haq organization, who was present at the sit-in, revealed that there had been “a decision at a high level to suppress the protesters in front of the police station.”

PA turned into a ‘police state’

Meanwhile, Islamic Jihad, another Palestinian resistance group in Gaza, also condemned the arrests in Ramallah, saying the PA has turned into a police state with no skills other than repressing protesters.

In a statement on Tuesday, Islamic Jihad urged the PA to halt its repressive measures against protesters in the West Bank, noting that such measures are a continuation of the policy of failure and incompetence.

“We call for an immediate end to the policy of repression and detention and the release of all detainees and as well as the abandonment of false accusations against activists and members of the media,” it added.

The Palestinian Authority has intensified its crackdown on protesters in the aftermath of the detention and death of Banat.

According to the Lawyers for Justice, such a level of suppression and detention of activists and citizens over their advocacy for human rights is “unprecedented and is meant to abridge the freedom of speech.”