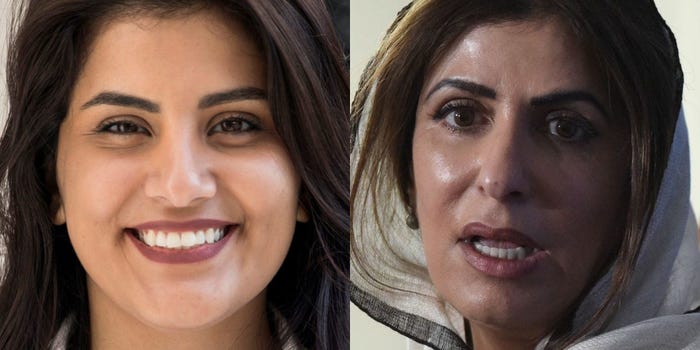 Representatives of the family of a prominent Saudi princess jailed for more than two years have filed an appeal with the United Nations, calling upon the world body to intervene in her case and urge Saudi authorities to provide compelling proof that she is still alive.

The appeal, which was filed with UN experts at the Human Rights Council on Monday, says the treatment of Princess Basmah bint Saud bin Abdulaziz Al Saud and her daughter Suhoud al-Sharif “may amount to torture.”

The princess and her daughter were abducted by state security agents in early 2019 and remain in detention without charge.

“There are real and serious concerns that Princess Basmah and Suhoud are arbitrarily detained, in circumstances that present a serious risk to life, have been denied their right to a fair trial, and their treatment may amount to torture and ill-treatment, contrary to international law,” the filing read.

The appeal was reportedly submitted by London-based non-profit organization Grant Liberty, which aims to stand and fight for human rights and works with prisoners of conscience in Saudi Arabia, as well as a set of internationally renowned barristers at Doughty Street Chambers.

“In Saudi Arabia today, many activists and human rights defenders are languishing in jail simply for the crime of wanting a better world. They have been tortured, forced into hunger strikes, and held in solitary confinement for months on end,” Lucy Rae, public relations director at Grant Liberty, said in a statement.

“Princess Basmah and her daughter appear to have joined their number and been targeted due to speaking out against the crown prince, Mohamed Bin Salman,” she said. “The United Nations and the international community must now protect these two brave women and end their suffering.”

Last week, a source close to the jailed Saudi princess’s family said they are growing increasingly worried over her health and wellbeing, and that they have not been able to contact her, except for a brief phone call in May.

Representatives of Princess Basmah’s family have also urged the administration of US President Joe Biden, as well as the European Union, to call on Saudi authorities to release more information about her condition and advocate for her release.

Henri Estramant, a legal adviser for the family, and European Member of Parliament Eva Kaili sent a letter to European Council President Charles Michel, asking him to take up the case of Princess Basmah and her daughter’s imprisonment.

Basmah — a 57-year-old businesswoman and outspoken member of the Saudi royal family whose father was the kingdom’s second ruler — was taken away along with her daughter from their Jeddah apartment by Saudi state security agents on February 28, 2019, just before she was due to travel to Switzerland for medical treatment, according to a source close to her family.

They were taken to high-security al-Ha’ir prison, near the Saudi capital Riyadh, and have remained there.

In al-Ha’ir, the princess was permitted to contact her family by phone, but in April 2020, all of her communications were cut after she used Twitter to make a rare public appeal to her uncle King Salman and her cousin — de facto ruler Crown Prince Mohammed bin Salman — for her release, citing “deteriorating” health.

On May 13, Basmah called her son Ahmed al-Sharif from prison.

The conversation was cut off shortly after the jailed Saudi princess mentioned that she had drawn up a will. The line cut off before Basmah could say what the will contained.

“She was more than done, she was too sick, too fed up with all of that, and it was very serious, concerning call because she is a very strong person,” a family member, who asked to be anonymous to avoid retribution, said.
Basmah’s family said she is in dire need of medical care, and that the doctors tasked with helping her in al-Ha’ir are ill-equipped to do so.

“Basmah’s health situation is in a very critical state,” the family member said.

Ever since bin Salman became Saudi Arabia’s de facto ruler in 2017, the kingdom has arrested dozens of activists, bloggers, intellectuals and others perceived as political opponents, showing almost zero tolerance for dissent even in the face of international condemnations.

Muslim scholars have been executed, women’s rights have been put behind bars and tortured, and freedom of expression, association, and belief continue to be denied in the ultraconservative kingdom.